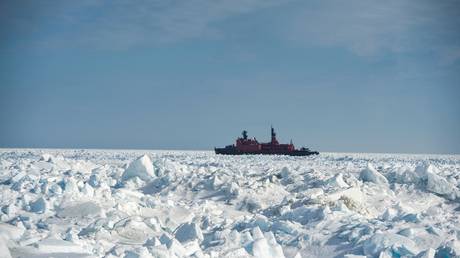 Russiaâ€™s energy giant Rosneft is developing a multibillion-dollar Vostok Oil project which is expected to bolster the country’s presence in the Arctic region and to boost the economy.

Rosneftâ€™s CEO Igor Sechin, who has met with President Vladimir Putin this week, has pledged that Vostok Oil will deliver up to 30 million tons of oil via the Northern Sea Route by 2024.

In total, the project will ensure the production, transportation and transshipment of up to 50 million tons of oil per year at the initial stage, and up to 100 million tons when the second stage is completed, Sechin said.

Putin has called the project â€œhuge and promising,â€ saying earlier that it â€œwill increase the country’s GDP as a whole, boost freight traffic along the Northern Sea Route, and, of course, strengthen Russia’s position in the Arctic.â€

Vostok Oil is aimed at developing oil and gas fields and energy infrastructure in Russiaâ€™s remote northern regions. The initiative, which includes construction of a 770-kilometer pipeline, port complex, and two airfields, will create tens of thousands of new jobs.