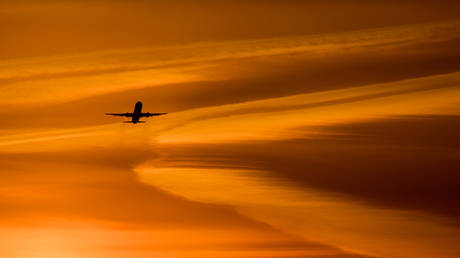 Russiaâ€™s United Aviation Corporation and Mubadala, the investment fund of the United Arab Emirates, will create a joint venture for developing and manufacturing a supersonic business-passenger jet.

The conceptual design of the new aircraft could be revealed as soon as at the end of the current year, according to Russiaâ€™s Industry and Trade Minister Denis Manturov, who stressed that the issue of equity participation hasnâ€™t so far been discussed.
The jet is expected to come in two versions, one with a passenger seat configuration of up to eight and the other of up to 30.

â€œSo far, we are optimistic [about the time frame for delivery being], until the end of 2021, but maybe the beginning of 2022,â€ the minister told journalists during his visit to UAE.

â€œThe key parameters have mostly been set: the speed will be Mach 1.5 to 1.8, taking into consideration that the flight time at a speed of Mach 1.8 is limited to four hours,â€ Manturov said.

Supersonic speeds range from Mach 1 to Mach 5. As a comparison, the Airbus A350 â€“ a long-range wide-body jet airliner developed by European multinational aerospace giant Airbus â€“ can attain a top speed of Mach 0.89, or 945km/ph at an altitude of around 12,000 meters.

Also on rt.com
Blast from the past: Putin wants Russian civilian air travel to go supersonic once again

The project was first announced in 2019. Back then, Manturov said initial investments might total $100 million. United Aviation Corporation President Yury Slyusar noted that the aircraft is oriented to global markets â€“ in particular, Southeast Asia and the Middle East.