Home Economy Russia slashes its foreign debt by $21.3 billion in 2020 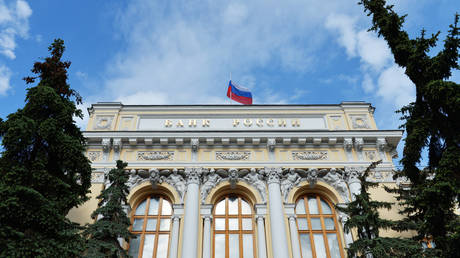 Russia’s foreign debt dropped $21.3 billion and totaled $470.1 billion as of January 1, according to the latest data revealed by the central bank.

“Decreases in debt liabilities to non-residents were observed for all sectors of the economy, of which the most noticeable decline was registered for other sectors under credits,” the regulator said.

The decline reportedly amounts to 4.33 percent compared to the beginning of last year. The central bank added that the country’s debt grew 1.39 percent during October-December 2020 versus the previous quarter.

Also on rt.com
Share of gold in Russian national reserves beats US dollar holdings for first time ever

Russia’s foreign exchange reserves saw a week-over-week decline by 1.2 percent, or seven billion dollars, as of January 15, 2020, and totaled $590.4 billion.

According to the regulator, the drop came as a result of a decline in gold prices along with the negative revaluation of exchange rates.

The nation’s international reserves are highly liquid foreign assets comprising stocks of monetary gold, foreign currencies, and special drawing right assets, which are at the disposal of the Central Bank of Russia and the government.

The assets have been steadily growing over recent years and have exceeded the half-trillion-dollar target set by the regulator. Russian forex reserves totaled $593.6 billion at the end of last year.