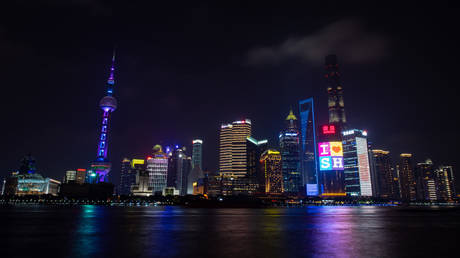 Six new projects, worth $20 billion in total, may soon be added to an already long list of Russia-China joint investment initiatives, Russia’s Ministry of Economic Development has revealed.

The proposal has been reviewed by a special working group, the Intergovernmental Russian-Chinese Commission for Investment Cooperation, which held its first meeting of the year on Thursday. The body considered proposals from companies responsible for the implementation of investment initiatives. One of the proposals included plans to build a gas and chemical facility in Russia’s Leningrad region.


The commission, set up in 2014 at the initiative of the two countries’ presidents, is currently supporting around 70 investment projects, with a total value of $112 billion. It focuses on coordinating and strengthening investment flows between the two trading partners.

China is Russia’s largest trading partner, with the cross-border trade volume having grown for several consecutive years and reaching a record $110.75 billion at the end of 2019. Moscow and Beijing want to double their trade; however, the coronavirus pandemic may hamper the ambitious plan. In the first half of 2020 the year-on-year turnover between Russia and China fell by over six percent to $49.15 billion.

Also on rt.com
E-commerce may be the driver for expansion of Russian businesses in China


Both Russia and China have been shifting away from the US dollar for trade. In the first three months of this year, the two countries switched to the euro, yuan and the ruble instead, while the share of the dollar in bilateral trade fell below 50 percent for the first time.