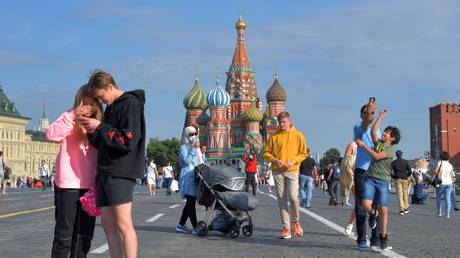 “Travel agencies were ready to organize vaccination tours at the beginning of the year since they regularly received such requests from all over the world. The product is ready, but the issues of visa support and legal entry for foreigners wishing to receive the Russian vaccine are yet to be resolved,” he said. Ignatyev suggested that travelers from Asia, including India, the Middle East, and for example, Iran, could be most interested in such tours.

He added that “The countries of Africa and Latin America showed great interest in such a tourist product during the entire period of the vaccination campaign in Russia, the RUTI received such requests.”

Also on rt.com
Come to Russia & get a jab: Putin orders government to plan to allow foreigners to obtain Covid-19 vaccines on arrival in country

According to Ignatyev, three-week vaccine tours could help kickstart the tourism industry’s recovery.

“This is a combination of vaccination with a cultural and excursion program, which can be arranged very interestingly, capturing different regions of Russia. Another option is a two-week trip, and there are also such requests,” he said.

Russia was the first country in the world to approve a coronavirus vaccine. It has approved three domestic vaccines, with Sputnik V being the most well-known. Last week, Brazil became the 67th country to authorize the Sputnik vaccine.

During his speech at the St. Petersburg Economic Forum last week, President Vladimir Putin said he has instructed the government to plan a paid vaccination program for foreigners in Russia by the end of June.