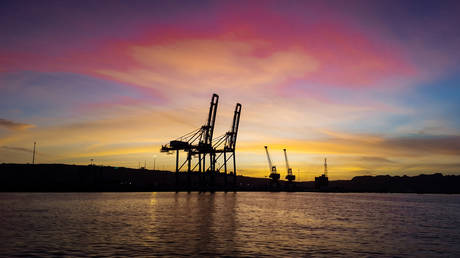 Construction works on the Pakistan Stream gas pipeline project are expected to start in the near future after several rounds of consultations, Pakistani Ambassador to Russia Shafqat Ali Khan said in an interview with RIA Novosti.

â€œAfter many years of negotiations, [Moscow and Islamabad] have finally signed an agreement and since then there has been significant progress: weâ€™ve held several rounds of technical consultations, including financial issues,â€ the ambassador said. â€œAs soon as the final details are agreed, we expect the start of construction. I think it will have a significant impact for future investments (in Pakistan) … I cannot disclose detailsâ€¦ we are very optimistic, “ he added.

In late May, the two countries signed a deal on building a major gas pipeline linking the Pakistani southern port of Karachi and another port city, Gwadar, to power plants and industrial hubs in Pakistanâ€™s northern region of Punjab.

Spanning over 683 miles (1,100 kilometers), the pipeline, dubbed â€˜Pakistan Stream,â€™ is expected to have a discharge capacity of up to 12.4 billion cubic meters of natural gas per year.

Under the terms of the agreement, Pakistan would reportedly hold a 74% stake in the pipeline operator while Russia would own the remaining 26%. The initial deal to build the pipeline was clinched back in 2015.

The project is expected to become the largest infrastructure deal between the two nations since the early 1970s, when the Soviet Union built the Pakistan Steel Mills industrial complex, at Port Qasim near Karachi.