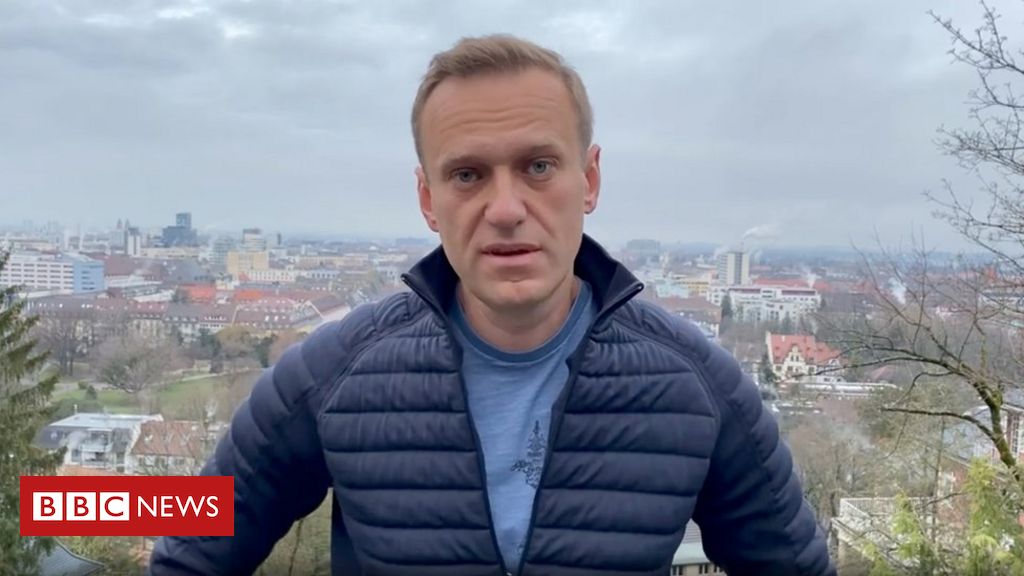 Kremlin critic Alexei Navalny says he has bought a plane ticket and will return to Russia on 17 January, months after he was poisoned in Siberia and sent to Germany for treatment.

“Russia is my country, Moscow is my city and I miss it,” he said.

The Russian opposition figure collapsed on an internal flight last August and it later emerged he had been poisoned with a Novichok nerve agent.

Russian authorities have consistently denied any role in the poisoning, and the Kremlin has rejected Mr Navalny’s claims that President Vladimir Putin himself ordered it.

Why is Navalny returning to Russia?

“There was never any question of ‘returning or not’ for me. Simply because I didn’t leave. I wound up in Germany, having arrived in a resuscitation box, for one reason: they tried to kill me. I survived,” Mr Navalny wrote on Instagram.

He faces an uncertain future when he does return, as Russian authorities have already warned he could face imprisonment.

Last month the prison service gave him an ultimatum to report at an office in Moscow or go to jail for violating conditions from an earlier conviction for embezzlement. This week the federal penal service (FSIN) filed a motion with a district court. Mr Navalny said the FSIN wanted a suspended sentence replaced with a prison term – he has always condemned the embezzlement case as politically motivated.

Separately, Russia’s investigative committee has launched a new criminal case against him on fraud charges related to transfers of money to various NGOs, including his Anti-Corruption Foundation.

Mr Navalny, 44, asserted that the Russian president was doing all he could to stop his opponent from coming back by fabricating new cases against him.

What kind of reception will Navalny have?

Alexei Navalny has called on supporters to “come and meet me” at Vnukovo airport on Sunday, and a large crowd will likely try to do just that.

The opposition figure may be hoping for protection in numbers, concerned not only for his physical safety but the prospect of being marched off to prison on landing.

But the call for a welcome-home ceremony is also an open challenge to the man Mr Navalny accuses of ordering his murder: Vladimir Putin.

The Kremlin has repeatedly denied that, demanding proof the activist was even poisoned.

In December, Mr Putin argued that Alexei Navalny was a nobody and anyway, he actually laughed, if Russian security forces had wanted him dead, they’d have finished the job.

There were no street protests after Mr Navalny’s sudden collapse, and had he remained abroad his influence would have waned, inevitably. But he always vowed to return, despite the risk. The very public way he’s doing that suggests a man emboldened, rather than cowed, by his brush with death.

He has spent months recuperating in Germany since the poisoning and appealed to supporters to meet him off the flight on Sunday in Moscow.

In August, he had collapsed on a plane flying home from Tomsk in Siberia to Moscow and the pilot diverted the flight to the city of Omsk, from where he was eventually allowed to fly on to Germany in an induced coma.

He was released from hospital in Berlin in September to continue his recuperation and said on Wednesday he was able to do the push-ups and squat exercises, and therefore had probably almost fully recovered.

Last month, investigative reporters named three FSB agents who had travelled to Tomsk at the time Mr Navalny was there, and said the specialist unit had tailed him for years.

Mr Navalny then duped an FSB agent named Konstantin Kudryavtsev into telling him that the Novichok agent used to poison him was placed in his underpants, according to the Bellingcat investigative group.

Mr Kudryavtsev said during the phone call he had been sent to Omsk later to seize Mr Navalny’s clothes and remove all traces of Novichok from them.

President Putin has dismissed the investigation by Bellingcat and others into who poisoned Mr Navalny as “a trick”.

“This means that this Berlin clinic patient [Navalny] has the support of US intelligence services,” he said, adding that this meant “the [Russian] special services certainly should track him”.