Home World Russia and China hit back at Western sanctions 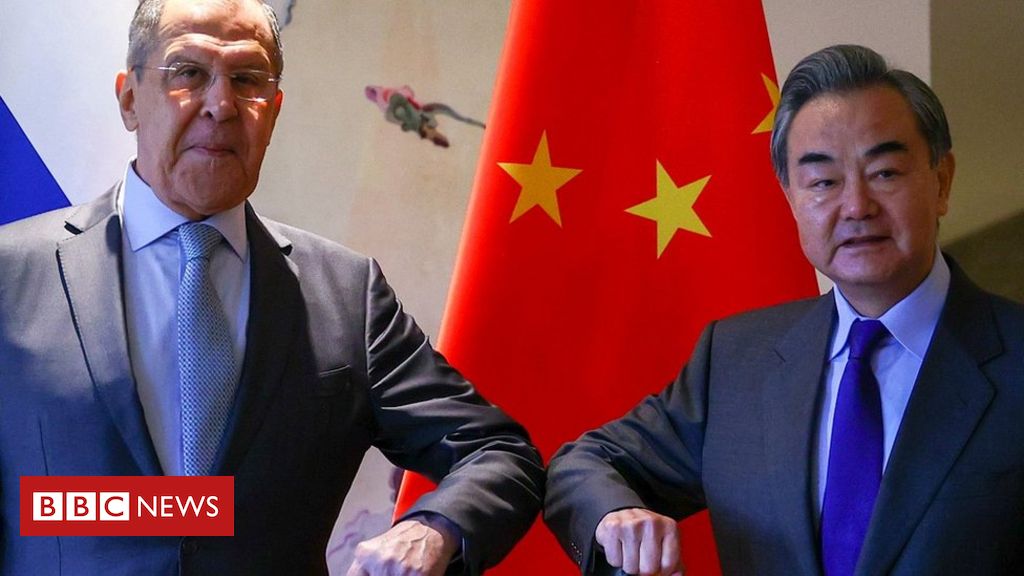 Russia and China have jointly condemned Western sanctions, a day after the EU, UK, US and Canada blacklisted some senior Chinese officials for rights abuses against ethnic Uighurs.

The joint attack came during a visit by Russian Foreign Minister Sergei Lavrov to Guilin in southern China.

He said EU “unilateral decisions” had “destroyed” ties with Russia.

It is the first time the EU has imposed new sanctions on China over human rights abuses since the 1989 Tiananmen Square crackdown.

However, the Western allies have imposed sanctions on Russian officials close to President Vladimir Putin over matters including:

The Kremlin denies the Western allegations.

Visiting Nato in Brussels on Tuesday, US Secretary of State Antony Blinken also stressed his government’s strong opposition to the Russian Nord Stream 2 gas pipeline, which will run under the Baltic Sea from Russia to Germany.

Germany risks US sanctions over the nearly-completed pipeline, as the US government sees it as a Russian tool to further divide Europe. The pipeline bypasses Ukraine and Poland – who also strongly oppose it.

Mr Lavrov said he and Mr Wang agreed that sanctions were “unacceptable” as a way to conduct international relations.

Rights groups believe China has detained more than a million Uighurs over the past few years in what the state defines as “re-education camps”.

China denies the Western charges, saying the camps are “re-education” facilities used to combat terrorism. China responded with its own sanctions on European officials on Monday.

Mr Wang said powerful countries “should not wantonly meddle in others’ internal affairs according to their own standards, or use the banner of democracy and human rights to build their power”.

Russia under President Putin has forged extensive economic, military and scientific ties with China. In the last century they were Cold War communist rivals.

Both Mr Lavrov and Mr Wang rejected claims by some in the West that Russia and China were using “vaccine diplomacy” in the Covid-19 pandemic to gain global advantage.

Many countries have received doses of the Chinese Sinopharm vaccine and Russian Sputnik V vaccine, often faster and more cheaply than Western vaccines. In some cases China – where the pandemic started – has distributed its vaccine for free.

Mr Lavrov said the export of Sputnik V was guided by principles of “humanity” and “saving lives”, not by geopolitical or commercial interests.

Mr Wang said China’s goal from the start was “to let more people receive the vaccine as soon as possible” and “help the whole world”.