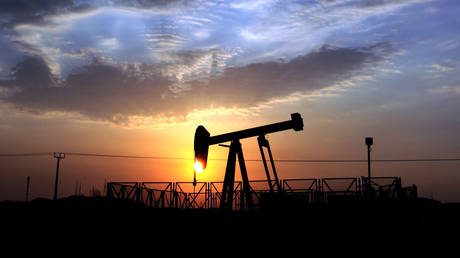 Skyrocketing prices for natural gas have reached a level equivalent to $190 for a barrel of crude, which is higher than the peak oil price during the 2008 financial crisis.

Also on rt.com
Gas price in Europe sets historic high of $115 per megawatt-hour

It is the highest price ever for natural gas. It is also $190 per barrel of oil equivalent, Bloomberg estimates, which is more than double the current price of Brent crude. Brent’s all-time price record was reached back in 2008, when it cost $147.50 a barrel.

Europe is not the only region that’s been smashing gas price records. North Asia’s benchmark for spot liquefied natural gas shipments – Japan-Korea Marker – also jumped this week to $34.47 per million British thermal units, the highest since 2009, according to price reporting agency S&P Global Platts. Compared to oil, it also gives a price equivalent of nearly $190 per barrel.

In total, according to Platts, gas prices in Europe soared approximately 340% this summer. This leaves European gas markets to enter winter at record high energy costs and depleted gas storage. In an interesting twist, Platts analysts predict that Europe will start switching from gas to oil throughout the coming months.

Also on rt.com
Oil rallies above $80 for the first time since 2018 amid tight supply

However, oil prices are also on the rise, driven by energy demand running ahead of supply amid the post-pandemic recovery of the global economy. The Brent crude oil price for November exceeded $80 per barrel this week for the first time in three years, while US benchmark West Texas Intermediate (WTI) November futures were also up, jumping to $76.09 a barrel.