Home World R. Kelly abused Aaliyah when she was 13 or 14, court hears 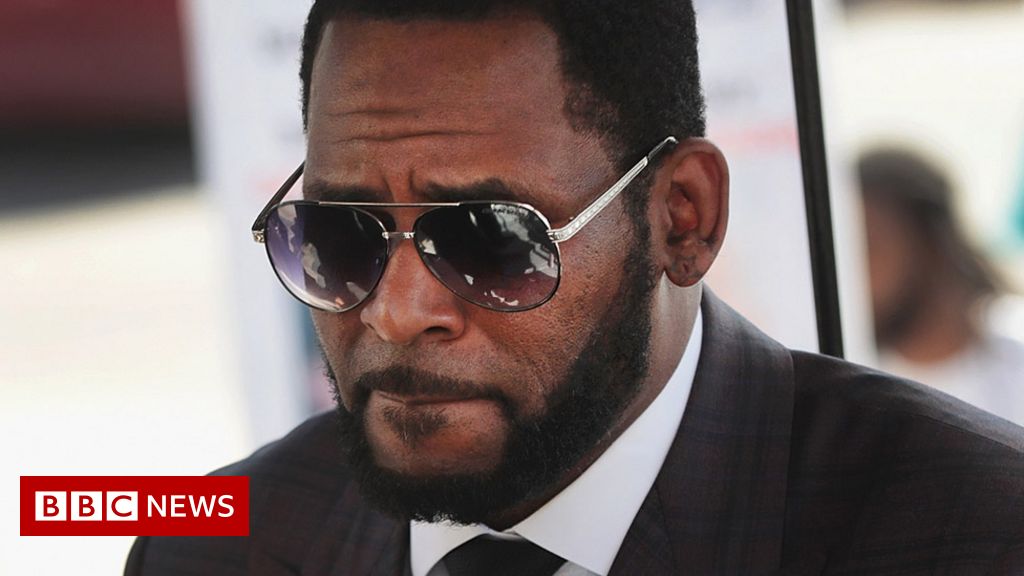 R. Kelly sexually abused the late R&B singer Aaliyah when she was 13 or 14 years old, one of his former backing dancers has told a court.

The woman, who testified under the name Angela, told Mr Kelly’s trial she had seen the chart-topping star perform a sex act on Aaliyah on a tour bus.

The alleged incident took place a year before Mr Kelly illegally married the singer, when she was 15.

Mr Kelly, 54, denies all the charges against him.

They include a single count of racketeering – which paints him as the kingpin of a criminal enterprise whose explicit purpose was “to prey upon young women and teenagers” for sexual purposes. He has also been charged with eight counts of violating an interstate anti-sex trafficking law.

The singer, whose full name is Robert Kelly, is not charged with rape or assault, but prosecutors are allowed to present evidence of potential crimes related to the racketeering charge, regardless of when they occurred.

Angela’s testimony came on the 15th day of the trial, in Brooklyn, New York.

She was the 10th accuser to take the stand, and told a story of under-age sexual abuse that echoed many of the previous witnesses.

She said she began having sex with Mr Kelly in 1991, when she was still at school.

They met at a party at his house when she was about 15. At one point, she said, he invited her to a bedroom and “asked me to climb on top of him”. She hesitated, but told the court she ultimately acquiesced to his demands and they had intercourse.

Mr Kelly later invited her to become part of her touring entourage. She alleged that the star often pressured those around him into having sex, and would punish those who didn’t follow his instructions.

The incident with Aaliyah occurred in 1992 or 1993, when Angela and another young woman decided to play a prank on Mr Kelly, she told the court.

After pushing open the door to his bedroom, she said: “I saw Robert and Aaliyah in a sexual situation.” She added: “I closed the door abruptly and pushed the girl behind me away from the door.”

The former dancer said she never mentioned the incident to Mr Kelly again.

Mr Kelly’s relationship with Aaliyah – his former protégé – has become a focus of the trial.

Earlier witnesses testified that they had falsified documents so the pair could be married when Aaliyah was under age. Angela, however, is the first person to tell jurors that she had seen the pair engaged in sexual acts.

The star, who later emerged from Mr Kelly’s shadow to become a successful recording artist in her own right, died in a plane crash in 2001.

Under the pseudonym Alex, he recalled how Mr Kelly recorded him having “countless” sexual encounters with women, which the R&B star often participated in.

Although they first met when he was 16, he said Mr Kelly first pressured him into sex when he was 20.

“I recall him talking to me, and then forcefully kissing me and licking my face,” Alex testified.

Mr Kelly told Alex to “just be open-minded”, he testified.

Mr Kelly’s former assistant also testified on Monday, saying she did not witness any of the abusive behaviour alleged by other witnesses.

However, Diana Copeland, who worked with the star for 15 years, painted a picture of the star’s controlling behaviour that echoed earlier testimonies.