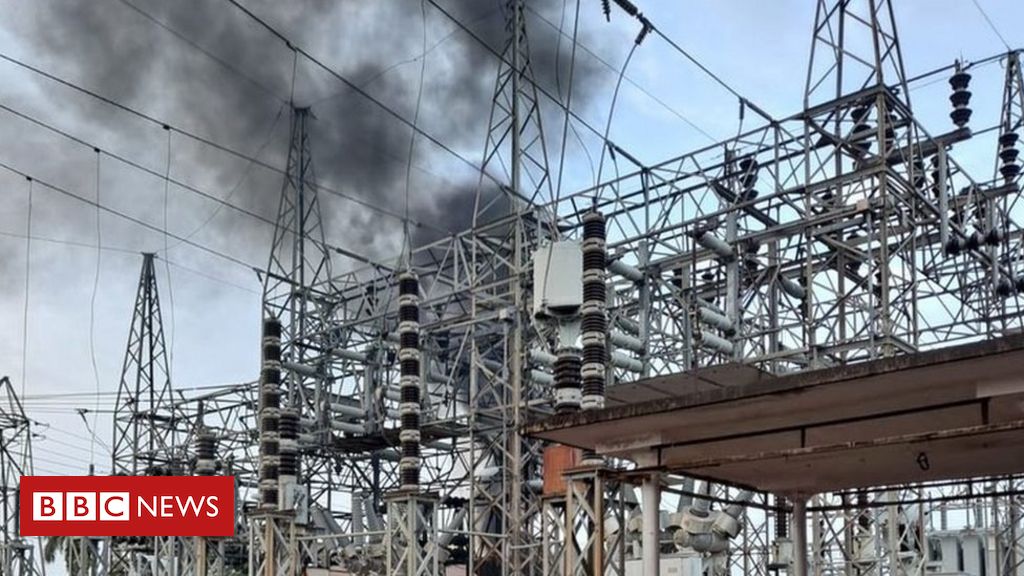 A power plant fire in the US territory of Puerto Rico has left thousands of households without electricity.

Pictures on social media show plumes of smoke rising from the flames at a sub-station in the capital, San Juan.

The fire broke out shortly after the firm reported a cyber-attack, which has not yet been linked to fire.

The Caribbean island has struggled with rolling blackouts ever since Hurricane Maria largely destroyed its electrical grid in 2017.

Some Puerto Ricans were left without electricity for nearly a year after the storm.

A private company – Luma Energy – took over operation and maintenance of the island’s power system this month.

The company said on Thursday that the fire broke out at the Monacillo power distribution plant soon after the company website was hit with two million visits per second, in a cyber-attack known as a denial of service.

Outages have already affected more than one million households on the island so far this month.