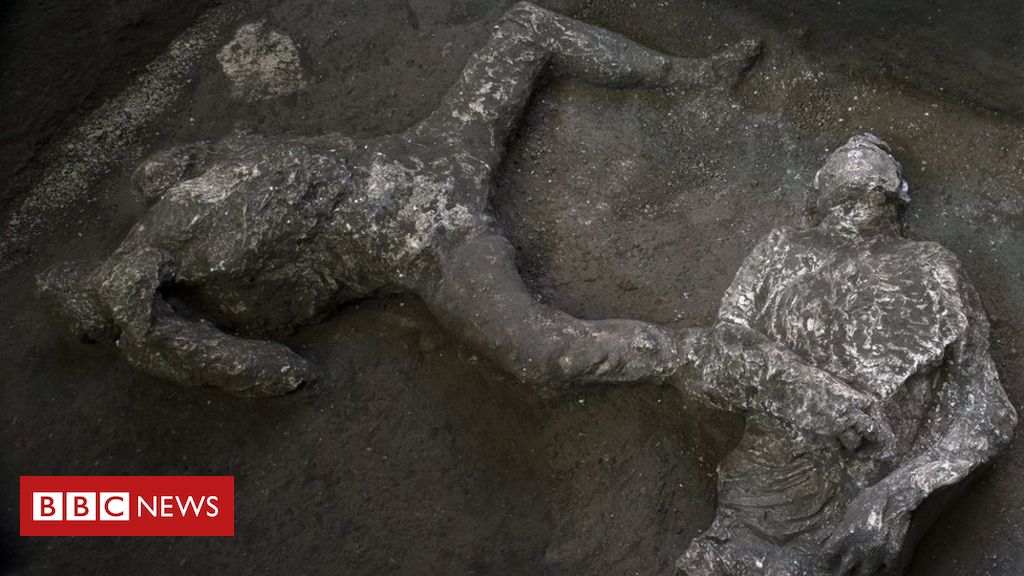 Archaeologists have uncovered the remains of two men who died in the volcanic eruption that destroyed the ancient Roman city of Pompeii nearly 2,000 years ago.

One was probably a man of high status, and the other his slave, officials at the Pompeii archaeological park said.

They “were perhaps seeking refuge” from the eruption “when they were swept away”, director Massimo Osanna added.

Pompeii was engulfed by a volcanic eruption from Mount Vesuvius in AD 79.

The eruption buried Pompeii in ash, freezing the city and its residents in time, and making it a rich source for archaeologists.

The latest discovery was made this month during an excavation of a large villa on the outskirts of the ancient city.

Officials said the wealthy man was aged between 30 and 40. Traces of a warm woollen cloak were found beneath his neck.

The other man was aged between 18 and 23. Officials at the archaeological site said crushed vertebrae indicated that he was a slave who did manual labour.

Casts were created, using impressions the victims’ bodies had made in the hardened ash.

“It is a death by thermal shock, as also demonstrated by their clenched feet and hands,” Mr Osanna told reporters.

He described the discovery as “an incredible and extraordinary testimony” of the morning when they eruption took place.

Excavation work is continuing at the archaeological site, located near Naples, but it remains closed to tourists because of coronavirus measures.