Home Economy Poland 'expects' to participate in Nord Stream 2 certification after failing to... 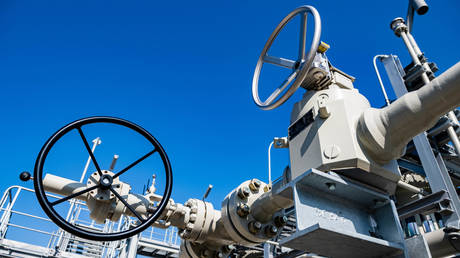 Polish oil and gas company PGNiG and its German subsidiary PGNiG Supply & Trading are planning to take part in the certification procedures for the Nord Stream 2 natural gas pipeline from Russia to Germany.

The Polish state-controlled energy company has reportedly submitted a request for participation in the certification procedure for the Gazprom-run enterprise.

A statement released by PGNiG on its website says the state company “expects” permission to be granted.

“This procedure will determine if the pipeline owner will gain a privileged position on the European gas market,” the statement goes on to say.

The nearly complete Nord Stream 2 gas pipeline aims to increase annual supplies of Russian natural gas to Germany and other European countries by 55 billion cubic meters. The pipeline will connect Germany directly to Russia via the Baltic Sea. It is set to enhance Berlin’s energy security and lower gas prices by making the process less dependent on third-party countries transiting the fuel.

However, the president of the PGNiG SA Management Board, Paweł Majewski, said the operator of the project “does not want to comply with the ground rules of the Third Energy Package, which aim at ensuring competition and a level playing field for all market participants.”

“The key factor is also the negative impact of NS2 [Nord Stream 2] pipeline on EU and its Member States security of supplies. Those arguments need to be heard,” he said.

The project has been opposed by other Eastern European states, including the Baltic countries and Ukraine. Kiev has expressed concern that the future pipeline will deprive its budget of transit fees.

Also on rt.com
Boom Bust looks into why Germany will have to pay Ukraine for non-existent gas transit

Nord Stream 2 has also faced harsh criticism from the US, which is seeking to boost shipments of American liquefied natural gas to Europe. Washington has introduced several rounds of sanctions against investors in the project and companies participating in its construction.

Last month, the pipeline operator said that construction of Nord Stream 2 will be completed as soon as this month.