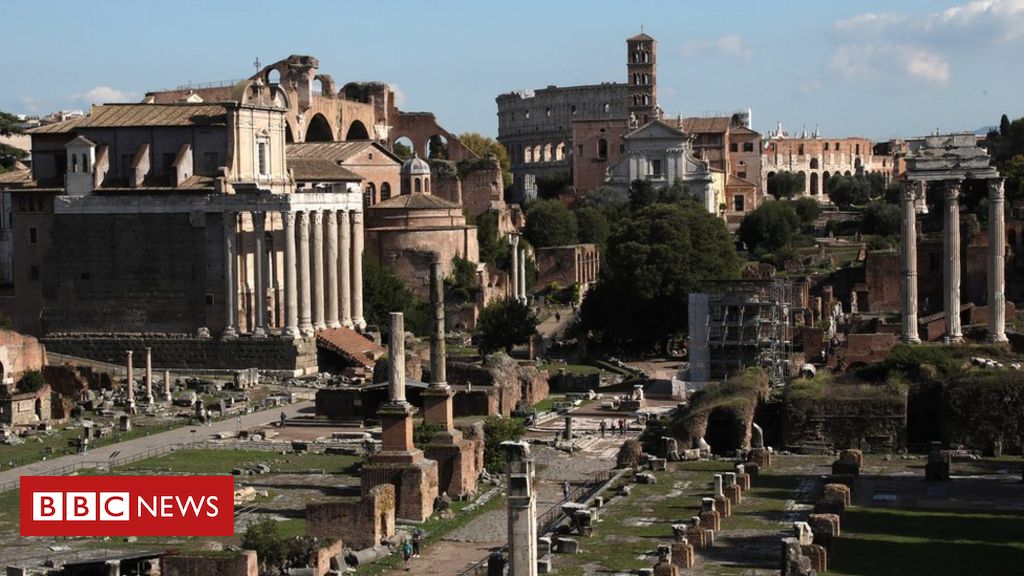 A repentant American tourist has returned a block of ancient marble stolen during a trip to Rome.

The fragment was delivered to Italy’s National Roman Museum, with “To Sam, love Jess, Rome 2017” inscribed on it.

In an accompanying note, the pilfering traveller begged forgiveness for having been “inconsiderate and disrespectful”.

“I feel terribly for not only taking this item from its rightful place, but also placing writing on it as well,” they said.

The person, who officials are assuming is a woman called Jess, said they tried unsuccessfully to remove the marker-pen writing on the stone with “many hours of scrubbing and cleaning”.

Stéphane Verger, the museum’s director, told Italian newspaper Il Messaggero that the stone had little value, and was likely stolen from a site like the Roman Forum, once the centre of ancient Rome and now home to the ruins of several important buildings.

He suggested the guilt-ridden globetrotter was a young woman who travelled to Rome in 2017 and took the marble stone home as a gift for her boyfriend. But Mr Verger said he was moved by the letter, which was sent from the US city of Atlanta.

“It affected me precisely because she is young woman: she realised she was wrong,” he said. “It is a spontaneous gesture, but the fruit of conscious reflection.”

Mr Verger speculated that the decision to ask for forgiveness may have been spurred by hardships endured in 2020. He also suggested that Jess might have heard about a Canadian woman who recently returned items she stole during a 2005 trip to Pompeii.

The woman in question, known only as Nicole, sent a package containing two mosaic tiles, a piece of ceramic and sections of an amphora (a type of jar or vase) to a travel agent in the ancient city famously left buried after a volcanic eruption.

She confessed to the thefts in a letter, saying she believed the artefacts were “cursed” and had brought her misfortune, including two bouts of breast cancer.