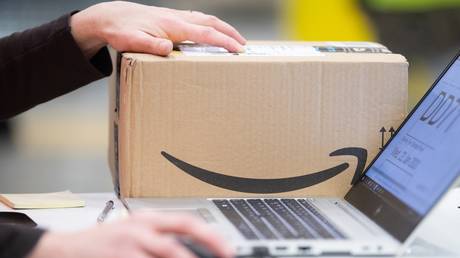 Amazon is set to further reap benefits from the pandemic-fueled growth in online shopping after the US e-commerce giant saw its sales and profits skyrocket in the first quarter of the year.

Amazon was the last of Wall Street’s tech giants to publish its financial results this week, showing how the company performed around one year after the Covid-19 pandemic shut many other businesses. The quarterly report reveals Amazon’s revenue jumped 44% to $108.5 billion, with international sales driving growth more than those in North America. Meanwhile, its net income more than tripled to reach $8.1 billion against $2.5 billion one year ago.

While countries’ economies have already started to reopen, allowing people to buy goods at physical stores like they did before the pandemic hit, Amazon apparently believes that online shopping habits will persist and further fuel its growth. It expects sales to rise by around 30% to range between $110 billion and $116 billion in the second quarter.

Beyond retail, one of the factors that boosted Amazon’s financial results was its streaming service, Prime Video. With people stuck at home for weeks last year, streaming hours were up more than 70% year over year, according to outgoing CEO Jeff Bezos.

Positive financial results, which are in line with those of Apple, Google and Facebook, pushed Amazon stock higher after the report was released. However, the company’s shares closed slightly lower on Friday, but its gains in the last 12 months amounted to around 50%.

One day before revealing its enormous profits, Amazon vowed to raise wages for half a million of its workers. Last week, Bezos, whose fortune rose dramatically during the pandemic and now is estimated at $204 billion, promised to improve conditions for employees. Poor working conditions at the company’s warehouses were in the media spotlight for months, with employees complaining about lacking time for a normal break and accusing the company of failing to protect workers from Covid-19.