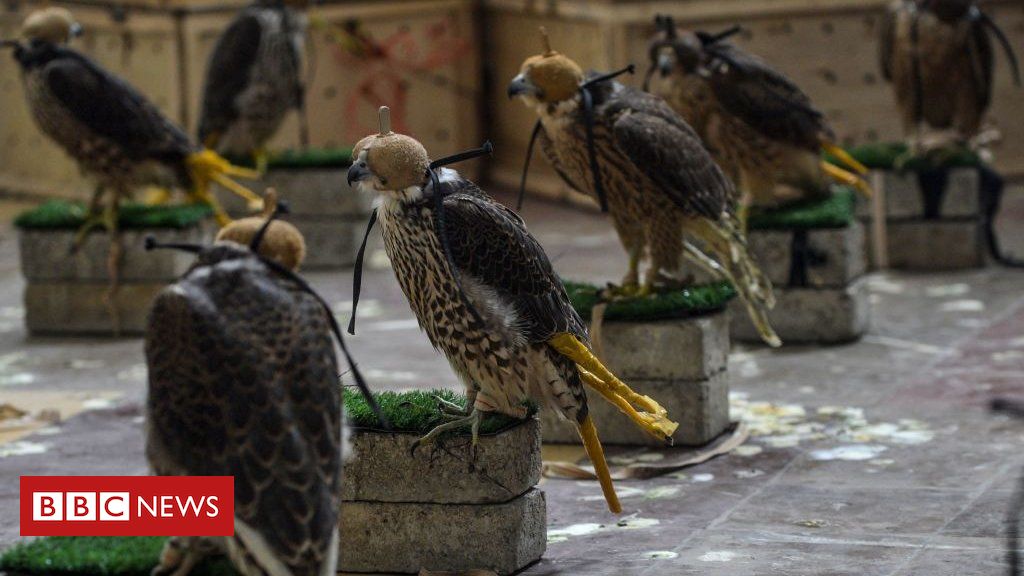 Pakistani authorities have thwarted a bid to smuggle endangered birds out of the country.

Collector of Customs Mohammad Saqif said they were all on the endangered species list, and were being smuggled from Afghanistan to “Arab countries”.

Hunting with birds is a popular sport in a number of countries in the Middle East.

Reuters news agency report that 74 falcons were recovered, while AFP news agency says 75 falcons and one houbara bustard – a desert bird hunted by falconers in North Africa – were found.

The meat of the houbara bustard is widely prized in the Middle East as as an aphrodisiac.

Officers from the Anti-Smuggling Organisation of Pakistan Customs learnt about the smuggling plan and raided a number of residences in the southern port city of Karachi this week, Mr Saqif said.

Two men have reportedly been arrested, and customs authorities plan to release the birds in their natural habitat.

A photo of 80 birds of prey on a commercial flight to Saudi Arabia went viral on Reddit in 2017. The businessman, Ahmet Yasar, who took the image told the BBC they were likely making the journey for a hunting trip in the Gulf kingdom.

In 2011, Karachi authorities released 52 falcons they say were unlawfully brought into Pakistan.

Officials said a member of Qatar’s royal family brought in the birds without proper documentation.