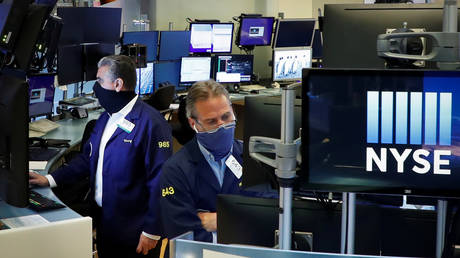 The US Federal Reserve â€œcanâ€™t save a stock marketâ€ from a â€œtotal nightmareâ€ failure driven by millennials, according to Cole Smead, president and portfolio manager at Smead Capital Management.

â€œThe buying that went on in August and September is a 10-year phenomenon the likes of which we have never seen among millennials, and in the risk-taking among people that donâ€™t want to own bonds and want to own overpriced US quality businesses, it is of record proportions,â€ Smead told CNBC.

Currently investors are paying 22 times forward earnings to purchase stocks on the S&P 500 â€“ 50 percent higher than the 10-year average valuations across the index. The forward price-to-earnings ratio divides the current share price of a company by its estimated future earnings per share.

Much of the market rally that took the US benchmark from correction territory in March to a record high in August was driven by tech megastocks and a bullish options market.

Also on rt.com
Fed set FIERCEST WILDFIRE thatâ€™s burning out of control through the entire US economy â€“ Peter Schiff

A call option is a contract between the buyer and seller of the call to exchange a security â€“ that is, a stock â€“ at an agreed price.

The fund manager suggested the willingness of wealthy investors and the baby boomer generation to â€œride the index to a faultâ€ and overpay for stalwart American businesses such as Costco and Microsoft was also detrimental.

â€œMicrosoft is a wonderful company, but at 40 times earnings, there is zero percent chance of that producing wealth for someone over the next 10 years that will meet their needs,â€ Smead said.