Home World USA Overlooked No More: DedÃ© Mirabal, Who Carried the Torch of Her Slain... 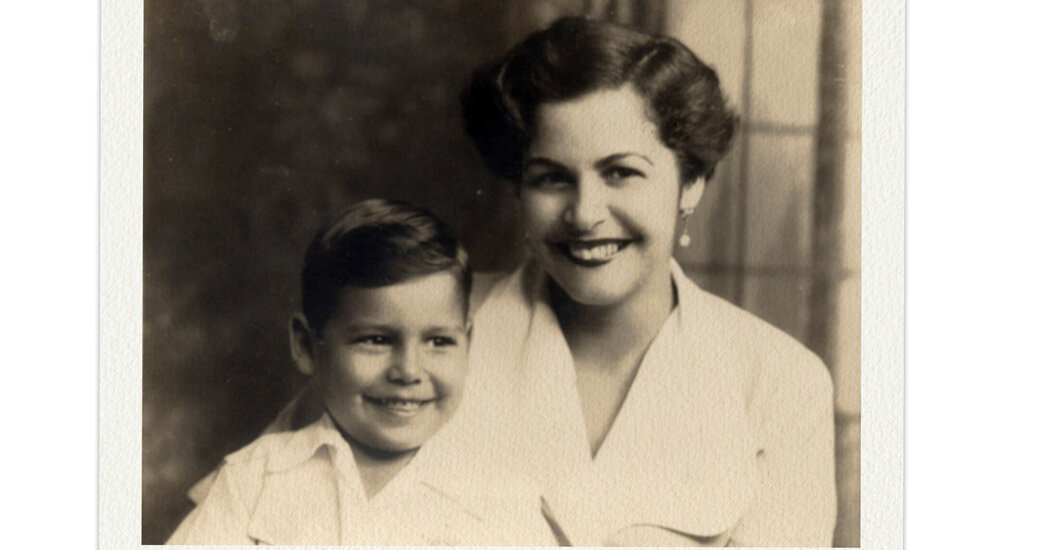 This article is part of Overlooked, a series of obituaries about remarkable people whose deaths, beginning in 1851, went unreported in The Times.

For over 50 years, DedÃ© Mirabal carried a crushing weight: All three of her sisters were murdered in 1960 by henchmen of Rafael Trujillo, the brutal dictator of the Dominican Republic.

As the sole Mirabal sister who survived Trujilloâ€™s regime, DedÃ© was left to wrestle with her guilt and find meaning in being alive. She did so by carrying the torch of her sistersâ€™ legacy, as if it were being borne by â€œlas mariposasâ€ themselves â€” the code name, which means â€œthe butterflies,â€ that her sisters had given themselves as Trujillo opponents.

DedÃ© Mirabal wrote of the sistersâ€™ revolutionary acts in her 2009 memoir, â€œVivas en Su JardÃ­nâ€ (â€œAlive in Their Gardenâ€), and preserved their memories in a museum, the Casa Museo Hermanas Mirabal, in their hometown, Conuco, where she was the director and frequently gave tours.

There she would tell visiting children of how her sistersâ€™ deaths ultimately helped spark a revolution that led to Trujilloâ€™s overthrow in 1961, paving the way for democracy to be restored.

â€œWhy didnâ€™t they kill you?â€ the children would ask.

â€œAnd I respond,â€ she wrote in her memoir, â€œâ€˜I stayed alive to tell their stories.â€™â€

BÃ©lgica Adela Mirabal Reyes was born on March 1, 1925, to Enrique Mirabal FernÃ¡ndez and Mercedes Reyes Camilo. She was the second-oldest of the Mirabal sisters: MarÃ­a Teresa was born in 1935, Patria in 1924 and Minerva in 1926. The family lived on a prosperous farm near the city of Salcedo, where they also operated a coffee mill and a general store.

Their mother was loving but strict, obsessed with cleanliness and fond of telling her children, â€œGod loves poverty but not rashness.â€ She taught her daughters to sew. â€œAnd getting up without making the bed?â€ DedÃ© wrote. â€œShe would not permit it.â€ Her father, by contrast, would carry her on his shoulders as he walked through the fields and often expressed his support for his daughters.

The sistersâ€™ peaceful rural upbringing was interrupted by Trujillo, who was the commander in chief of the Dominican army when he seized power in a coup in 1930. He took control of the economy, establishing monopolies in the production of salt, meat, rice and tobacco to benefit himself and his family. At his death, â€œhis empire had grown so large that he controlled nearly 80 percent of the countryâ€™s industrial production,â€ the historian Frank Moya Pons wrote in â€œThe Dominican Republic: A National Historyâ€ (2010).

While his voracious appetites earned Trujillo the nickname â€œThe Goat,â€ he declared himself â€œFather of the New Fatherlandâ€ and used his troops to enforce his will through terror and torture.

The sistersâ€™ resistance efforts started with Minerva, who learned of the injustices of the Trujillo regime when she went to college in Santo Domingo, the capital. Minerva had caught the eye of Trujillo, whose advances she frequently turned down. When a party was thrown in his honor in 1949 in San Cristobal, near the Mirabalsâ€™ farm, he made sure that she and her family attended.

â€œWe were worried the dictator might offer her a drink,â€ DedÃ© wrote, â€œsince rumors were circulating that it might contain a type of drug that would cause women to pass out in his arms.â€

Minerva did dance with Trujillo and was bold enough to make it clear that she didnâ€™t care for his politics. â€œWhat if I send my followers to get you?â€ he threatened.

The family began leaving the party after that confrontation â€” an insult, since protocol demanded that nobody leave before Trujillo â€” prompting military officers to detain Minerva and her father. They offered to let them go if Minerva met Trujillo in a hotel room; she refused. She and her father were freed anyway, but Minerva was kept under surveillance.

Minerva became a leader of the resistance, and Patria and MarÃ­a Teresa soon joined her, even as they married and started families. The sisters recruited their husbands in the fight.

In 1960, Minerva, her husband, Manolo, and other anti-Trujillo figures organized a resistance campaign known as the 14th of June Movement, named for the date of a failed 1959 coup attempt against Trujillo by Dominican exiles in Cuba.

Trujillo arrested many of the conspirators, including all three Mirabal sisters and their husbands; he later freed all female political prisoners hoping to boost his popularity.

In 1948, DedÃ© married Jaime Fernandez, whom she described as â€œa violent and handsome man.â€ Their relationship lasted 34 years, 18 of which she said were good. They had three sons.

DedÃ© remained a supportive spectator in the fight against Trujillo (by some accounts because her husband did not allow her to participate). When her sisters met with other activists, she would watch their children.

â€œWe lived in fear,â€ she wrote in her memoir, â€œand there is nothing worse than living in fear.â€

On Nov. 25, 1960, the Mirabal sisters went to visit their husbands imprisoned in Puerto Plata, accompanied by their driver, Rufino de la Cruz. He was the only person willing to take them, since rumors were rampant that Trujillo planned to target the Mirabals. The rumors proved to be correct. As the sisters headed home, Trujilloâ€™s thugs stopped their car and killed the driver on the spot. By many accounts, the sisters were kidnapped at gunpoint and beaten before being killed. Their bodies were returned to the car, which was then pushed over a cliff.

No eulogies were read at the sistersâ€™ funeral. â€œWho could summon the energy to speak during such a difficult time?â€ DedÃ© wrote. She had to be pulled away from the cemetery. She wrote, â€œI could not stop screaming: â€˜Murderers! They murdered them!â€™â€

The martyred sisters pricked the conscience of the Dominican people in a way that the deaths of Trujilloâ€™s other victims had not. â€œIt did something to their machismo,â€ Bernard Diederich wrote in his book â€œTrujillo: The Death of the Dictatorâ€ (2000).

On May 30, 1961, almost six months after the sistersâ€™ deaths, Trujillo was ambushed and assassinated by gunmen, some of whom were his own associates, and his family fled the country.

In death, the Mirabals were hailed as heroes of the revolution. In 1999, the United Nations designated Nov. 25, the anniversary of their murder, as International Day for the Elimination of Violence Against Women. Their childhood home was converted into the museum that DedÃ© Mirabel headed. And the 1994 book by the Dominican-American novelist Julia Alvarez, â€œIn the Time of the Butterflies,â€ cemented the legacy of the Mirabal sisters, including DedÃ©.

â€œIf we look at the lives of these four sisters,â€ Alvarez wrote in an authorâ€™s note, â€œwe realize that all of them came to their courage in small incremental steps, little moments and challenges we all face every day of our lives. In some ways, we become brave, almost by accident.â€

The novel was turned into a 2001 TV movie of the same name starring Salma Hayek as Minerva and Edward James Olmos as Trujillo; another drama about the Mirabals, â€œTrÃ³pico de Sangreâ€ (2010), starred Michelle Rodriguez as Minerva.

For her part, DedÃ© took pains to emphasize that although Alvarezâ€™s book spread the story of her family around the world, it was a novel. She wrote her autobiography in part to counteract its mythmaking. â€œTo those who ask me about the veracity of a situation, or about one detail or another, or about the portrayal of my husband in the novel, for example,â€ she wrote, â€œI always say that even though it was based on a real story, it is a work of fiction.â€

DedÃ© spent her life telling the story of her sisters and raising their six children with the help of her own mother. â€œThe responsibility for my sistersâ€™ sons and daughters was what kept us going,â€ she wrote, though it was a challenge to explain how they had lost their mothers â€œwithout letting it affect them psychologically.â€

â€œIt is a consolation to me to think that my mother, Minerva, was not wrong when she would hear warnings about how dangerous it was to stand up to Rafael Leonidas Trujillo,â€ she said in a 2006 speech, â€œand would always reply with these same words: â€˜If they kill me, I shall reach my arms out of the grave and I shall be stronger.â€™â€

One of DedÃ©â€™s sons, Jaime David FernÃ¡ndez Mirabal, was vice president of the Dominican Republic from 1996 to 2000.