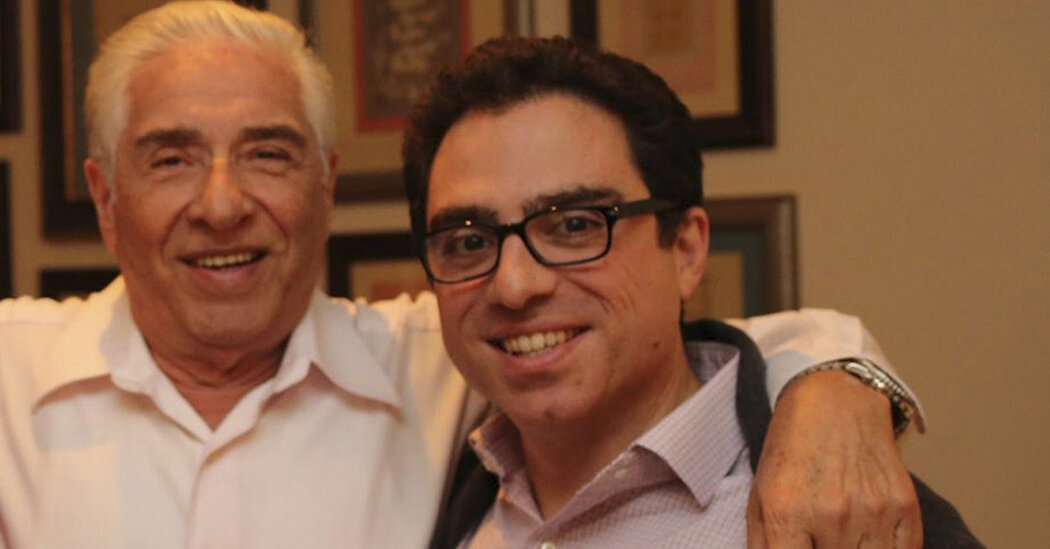 It has been six years since an Iranian American business consultant, and later his father, were arrested in Iran and they remain there despite efforts by three White House administrations to secure their release.

Now the father, Baquer Namazi, an 84-year-old retired Unicef official, is described by his family as facing a possibly imminent death. He needs surgery to open a near complete blockage of the two main arteries that supply blood to his brain, family members say, and without treatment he could suffer a fatal stroke within days.

They are pleading with Iran to just let the father â€” who has been released from prison but barred from travel â€” leave the country, even if they keep his 49-year-old son, Siamak, who remains in prison.

The family has written formal letters to President Joe Biden, U.N. Secretary General AntÃ³nio Guterres and a U.N. human rights official asking them to intervene and urge Iran to lift a travel ban on the father. The family also has sent a letter to Iranâ€™s government.

â€œI just never imagined that cruelty could so systematically and for such a long time continue,â€ Mr. Namaziâ€™s other son, Babak, who lives in Dubai, said at a virtual news conference on Monday. â€œHow much time does my dad have?â€

Siamak Namazi was arrested in 2015 while visiting Iran and his father was seized the following year when he visited to check on his arrested son. Both were sentenced to 10 years on nebulous charges of cooperating with an enemy â€” meaning the United States. They have denied the charges.

The senior Mr. Namazi was released from prison on a medical furlough in 2018 but Siamak remains incarcerated. In 2020, Iranâ€™s judiciary informed the father that his sentence had been commuted and returned his bail.

Legally, he should be a free man, according to his lawyer. But Iran has not renewed Mr. Namaziâ€™s passport and has barred him from leaving the country. His family and lawyer accuse Iran of holding father and son hostage for political leverage.

â€œIranâ€™s leaders have known intimately for years about Baquerâ€™s declining health and they are, therefore, fully, completely, and totally responsible for anything that happens to him now,â€ said Jared Genser, the familyâ€™s lawyer.

Secretary of State Antony J. Blinken and his special envoy for Iran, Robert Malley, said Monday that Iran should let the father travel abroad for treatment.

â€œBaquer Namazi needs immediate surgery, and the Iranian government should allow him the medical attention necessary to save his life,â€ Mr. Blinken said in a Twitter posting. â€œItâ€™s been almost six years since heâ€™s seen his children.â€

Iranian officials have not said whether they will grant the father permission to leave. Iranâ€™s Mission to the United Nations declined requests for comment.

At least two American citizens besides the Namazis are held in Iran on murky charges of spying and threatening national security. Morad Tahbaz, 66, a businessman and conservationist, has been detained since 2018. Emad Sharghi, 56, a businessman, was arrested in January.

Iran and the United States had been engaged in indirect negotiations for a prisoner exchange, but those efforts were suspended when talks over reviving the 2015 nuclear deal were halted in June.

The outlook for progress on the nuclear deal and a possible release of Americans in Iran remains unclear.

If the senior Mr. Namazi is prohibited from leaving Iran he will have the surgery there and has no restrictions on the doctor or hospital of his choice, his family said. But Covid-19 is rampant and medical facilities are overstretched. Moreover, the family said, he needs a stress-free recuperation. And Mr. Genser said Mr. Namaziâ€™s insurance, Aetna, would not pay for medical costs in Iran.

The younger Mr. Namazi, who is being held in Iranâ€™s notorious Evin prison, turns 50 on Oct. 14. Ahmad Kiarostami, a close acquaintance who is in contact with him, said that his friend had maintained a positive spirit and sense of humor until the recent news of his fatherâ€™s deteriorating health.

â€œHeâ€™s really afraid that he would miss the chance of seeing his father again,â€ Mr. Kiarostami said.