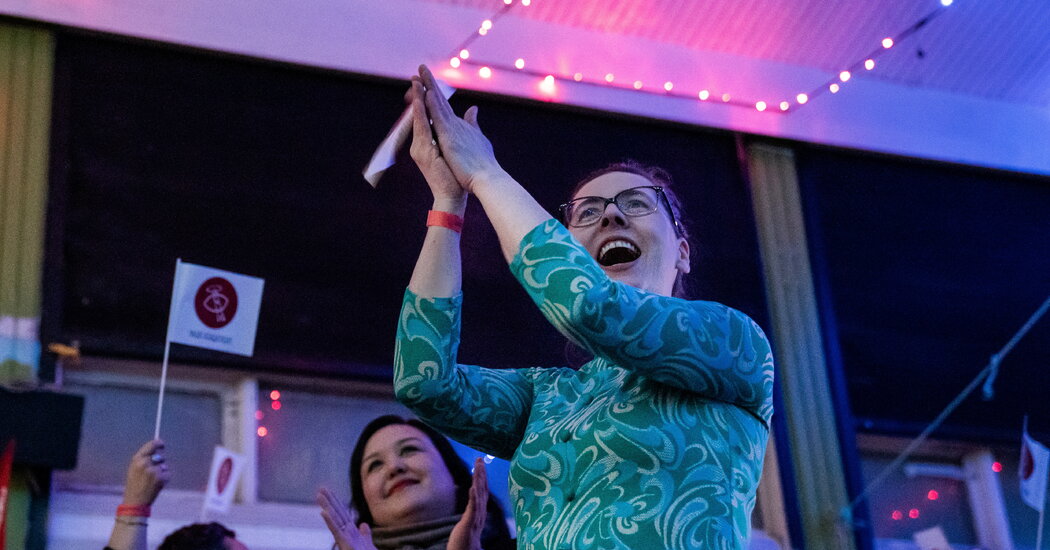 Greenland’s left-wing environmentalist party, Inuit Ataqatigiit, won a victory in general elections on Tuesday after campaigning against the development of a contentious rare earths mine partly backed by China.

The party, which had been in the opposition, won 37 percent of the vote over the longtime incumbents, the center-left Siumut party. The environmentalists will need to negotiate a coalition to form a government, but observers said their election win in Greenland, a semiautonomous territory of Denmark that sits on a rich vein of untapped uranium and rare earth minerals, signaled concerns from voters over the impact of mining.

“The people have spoken,” Múte B. Egede, the leader of Inuit Ataqatigiit, told the Danish broadcaster DR, adding that voters had made their position clear and that the mining project in Kvanefjeld in the country’s south would be halted.

Greenland Minerals, an Australian company behind the project, has said the mine has the “potential to become the most significant Western world producer of rare earths,” adding that it would create uranium as a byproduct. The company did not immediately respond to requests for comment on the vote.

The supply of rare earths, a crucial part of the high-tech global supply chain and used in the manufacture of everything from cellphones to rechargeable batteries, is currently dominated by China. Shenghe Resources, a Chinese rare earth company, owns 11 percent of Greenland Minerals.

Opposition to the Greenland mine, which the incumbent Siumut party had supported, played a primary role in its defeat, its leader, Erik Jensen, conceded in an interview with the Danish station TV2.

The mining project has been in development for years, with the government approving drilling for research, but not issuing final approval for the mine.

Among Greenlanders, opposition to the mine had grown over potential exposure of a unique, fragile area to “radioactive pollution and toxic waste,” said Dwayne Menezes, the director of the Polar Research and Policy Initiative, a London-based think tank. “What they’re opposed to is dirty mining.”

The election result sent a clear message, Mr. Menezes added: Mining companies that want access to Greenland’s deposits will have to abide by stringent environmental standards and should look to give Greenlanders a “viable alternative.”

In Greenland, whose economy is heavily dependent on payouts from Denmark, the tensions over the mine centered on the potential economic boon, including hundreds of jobs on an island with about 57,000 people, versus the environmental cost of doing business.

But the vote also highlighted the Arctic region’s growing geopolitical significance on a warming planet, as its polar seas become more navigable and as the melting ice unveils newly accessible resources, including the rare earths that play an essential part in the production of many alternative energy sources.

“On a global level, we are going to need to address head on this tension between Indigenous communities and the materials we are going to most need for a climate-stressed planet,” said Aimee Boulanger, the executive director of the Initiative for Responsible Mining Assurance, a nonprofit.

Given China’s dominance over the global rare earth production and supply, Mr. Menezes said that Western countries should be looking for ways to enhance their partnerships with resource-rich Greenland to keep it in “their sphere of influence.”

Two years ago, Greenland’s lucrative resources and its increasing strategic importance led President Donald J. Trump to muse about purchasing the island. Greenland’s government, however, made clear that it was not for sale.

“We’re open for business, not for sale,” the island’s Ministry of Foreign Affairs posted on Twitter at the time.