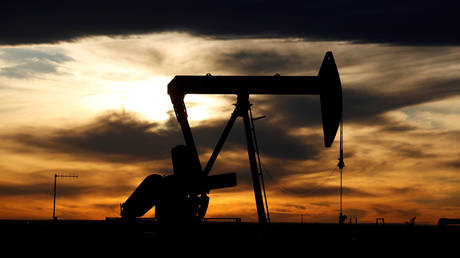 OPEC has worked vigilantly to bring the oil market into balance, but with demand recovering more slowly than expected, the cartel may be out of options.

Just when they thought they had rebalanced the oil market, OPEC members were served an unpleasant surprise from exempted fellow Libya. The country’s warring factions reached a ceasefire, and some long-shuttered oil ports have been reopened, along with the fields that feed them. By the end of the month, the National Oil Corporation plans to boost the average daily output of the nation from less than 100,000 bpd to 260,000 bpd. Meanwhile, OPEC+ has relaxed its production cuts by 2 million bpd.  The market, according to Mercuria chief executive Marco Dunand, cannot handle this.

In an interview for Bloomberg, Dunand said demand was still weaker than previously expected, and any additional oil flowing into markets would fail to be absorbed. This means a looming build in floating storage as this month, global inventories rose by between 500,000 bpd and 1 million bpd—and that’s excluding the Libyan restart— while drawdowns over the final quarter were seen at 1 million bpd.

In his bearish outlook for the immediate term, Mercuria’s head is in sync with the head of another commodity trading major, Trafigura. The third super trader, however, is surprisingly optimistic. Also in an interview with Bloomberg, Vitol’s chief executive said earlier this month he expected global crude oil inventories to shrink considerably by the end of the year. While both the heads of Trafigura and Mercuria expect stocks to build first before starting to decline, Vitol’s chief said he expected a drawdown of some 250-300 million barrels by the end of the year.

Reports emerged earlier this month that commodity traders—including the Big Three—were chartering more tankers to store crude oil offshore, sparking concern we could see something like a repeat of this spring when hundreds of millions of barrels of unsellable oil had to be dumped on tankers because onshore storage was full. After the lockdowns ended, demand began improving. This moderate demand boost, however, fell short of pretty much all expectations.

One particularly worrying trend is the slow rate of economic recovery among emerging countries—the main drivers of oil demand growth. Except for China, most are still battling the coronavirus and its effects on their economies. India is a good case in point: its oil demand is seen to be the worst affected by the coronavirus as the country itself suffers the second-highest total case count in the world.

Some analysts believe, however, that demand in China is about to start slowing down soon. It will be a long-term trend, according to the Oxford Institute for Energy Studies, and a result not just of Covid-19 but of Beijing’s emission-reduction goals. Over the next 20 years, the energy research organization said, China’s oil demand was likely to grow at an annual pace of 3 to 4 million bpd, after growing by double-digit rates in the past few years.

According to Mercuria’s Dunand, oil demand during the fourth quarter will average 95 million bpd. That’s down from a market consensus of 97 to 98 million bpd, made in spring. And the rate at which excessive inventories will be drawn is seen weaker than previously expected. Add to this a dramatic build in diesel inventories because refiners, Dunand noted to Bloomberg, are dumping jet fuel into the diesel pool, and Libya’s restart of production and the outlook for prices once again becomes grim.

According to the head of Mercuria, the biggest problem on the oil market is the diesel stock oversupply. With many countries in Europe restricting movement again, whatever improvement there had been in fuel demand—especially jet fuel—will likely slow down further now, if not reverse if a full-blown second wave of infections hits the continent. And the problem will persist.

Meanwhile, OPEC is out of options. The cartel and its partners in OPEC+ will discuss the next steps later this year, with the original plan involving a further relaxation of the cuts, by 2 million bpd, from January 2021. The way prices are moving now and likely to move during the final quarter, this may become a topic of arguments within the group, as some members need oil revenues more urgently than others.