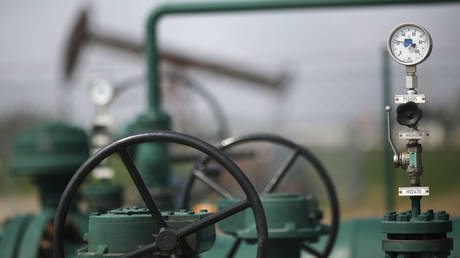 The OPEC+ coalition saw its overall compliance rate with the production cuts at around 101 percent in August, three sources in the group told Reuters.

On Wednesday, OPEC+ panels start their monthly two-day meeting to take stock of the most recent oil market developments.

The technical panel will meet later on Wednesday, while the Joint Ministerial Monitoring Committee (JMMC), co-chaired by the energy ministers of Saudi Arabia and Russia, is meeting on Thursday to assess compliance rates and possible actions.

OPEC+ has given the laggards in compliance, such as Iraq, time until the end of September to additionally cut production on top of their share of the cuts, in order to offset the overproduction between May and July.

The panel on Thursday could extend the period in which non-compliant members should compensate for their overproduction, other sources told Reuters earlier this week.

Iraq has signaled that it could ask the OPEC+ panel to allow it to extend the period in which it should compensate for its lack of compliance through November, instead of by the end of September.

Iraq could lose as much as $50 billion over the next two years because of the OPEC+ deal, a former Iraqi oil minister, Ibrahim Bahr Al-Ulloum, was quoted as saying this week.

While potentially discussing altered ‘compensation schedules’ for the laggards in compliance – of which Iraq is the biggest, the OPEC+ panel meetings this week are not expected to recommend any changes to the current production cut deal, despite the fact that oil prices slumped in the past two weeks over mounting concerns that global oil demand recovery has stalled.

The JMMC is unlikely to recommend expanding the cuts, sources told Reuters.

This week, OPEC and the International Energy Agency (IEA) revised down for the second consecutive month their respective demand forecasts for 2020, amid heightened uncertainty over the pandemic and the economic recovery. OPEC revised down by another 400,000 bpd its forecast for global oil demand this year, expecting consumption to shrink by 9.5 million bpd over 2019 as risks with the pandemic and economic activity remain skewed to the downside.