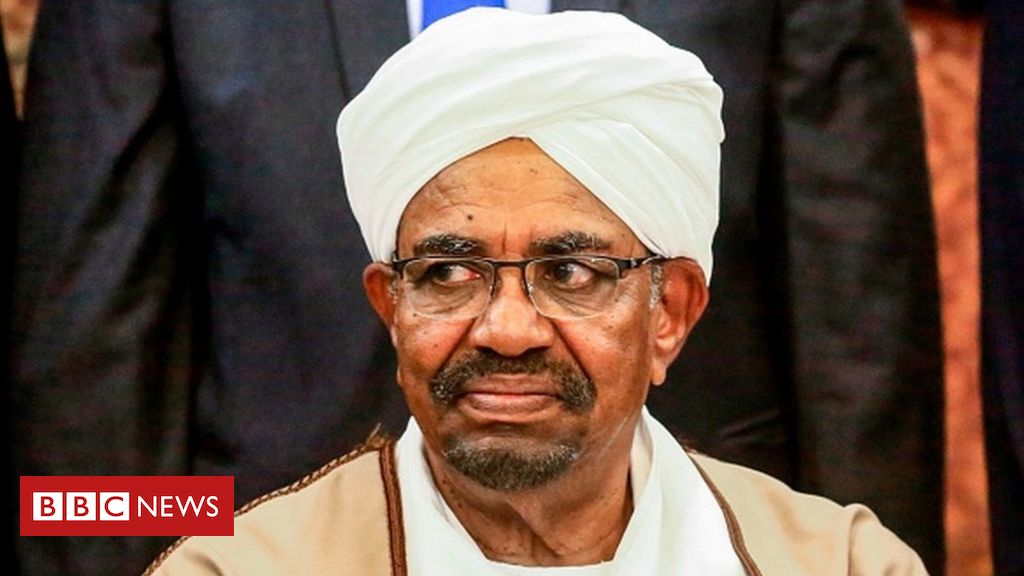 Bashir is wanted by the ICC on charges of genocide, war crimes and crimes against humanity.

Sudan’s prime minister said the delegation would be in the country until 21 October, to discuss “co-operation” in the case.

Sudan’s government has agreed that he can stand trial in the Hague.

But under a peace deal with rebels in the Western region of Darfur, the government has agreed to set up a special court on war crimes that would include Bashir.

The ICC team currently in Khartoum includes chief prosecutor Fatou Bensouda. The UN estimates that 300,000 people were killed in the conflict, which began after a revolt in Darfur 2003.

The ICC has also charged two other former officials, Ahmed Haroun and Abdelrahim Mohamed Hussein, with war crimes and crimes against humanity, allegedly committed in the region.

Earlier this month, Prime Minister Abdalla Hamdok told the Financial Times that newspaper he had spoken with the ICC about the option of trying Bashir in a “hybrid court” in Sudan.

Bashir, 76, was toppled last year after mass protests. A transitional government is currently ruling Sudan under a three-year deal with top civilian and military leaders.

The former leader has already been convicted for corruption. He and 27 other officials are currently on trial in Khartoum over charges relating to the 1989 coup that brought him to power. If found guilty, they could all face the death penalty.

Bashir has denied the charges against him. Earlier this year one of his lawyers said Bashir and other defendants were facing “a political trial” being held “in a hostile environment”.