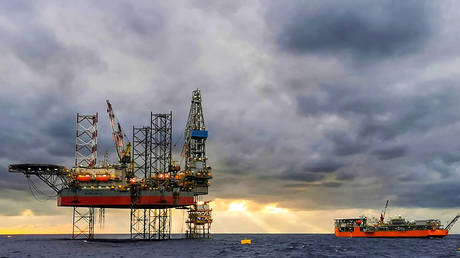 Global prices for crude were pushed to new multi-month highs as the recent bounce by the US dollar appeared to lose its steam, increasing the appeal of commodities priced in the currency.

The ICE US Dollar Index, which tracks the greenback against a basket of six major currencies, was flat after bouncing from a two-and-a-half-year low.

Also on rt.com
Crude oil flow from Saudi Arabia to US falls to ZERO

The latest gains were also boosted by another planned output cut of an extra million barrels by Saudi Arabia. The measure, scheduled for February and March, is expected to stop inventories from building up. Moreover, the latest reports on US supply is expected to show crude stocks falling for the fifth straight week.

The Saudi cut comes as part of a deal clinched by the Organization of the Petroleum Exporting Countries (OPEC) and its allies, including Russia. According to the agreement, most producers will hold output steady in February. Last year, record cuts by OPEC and allied producers helped oil recover from historic lows.