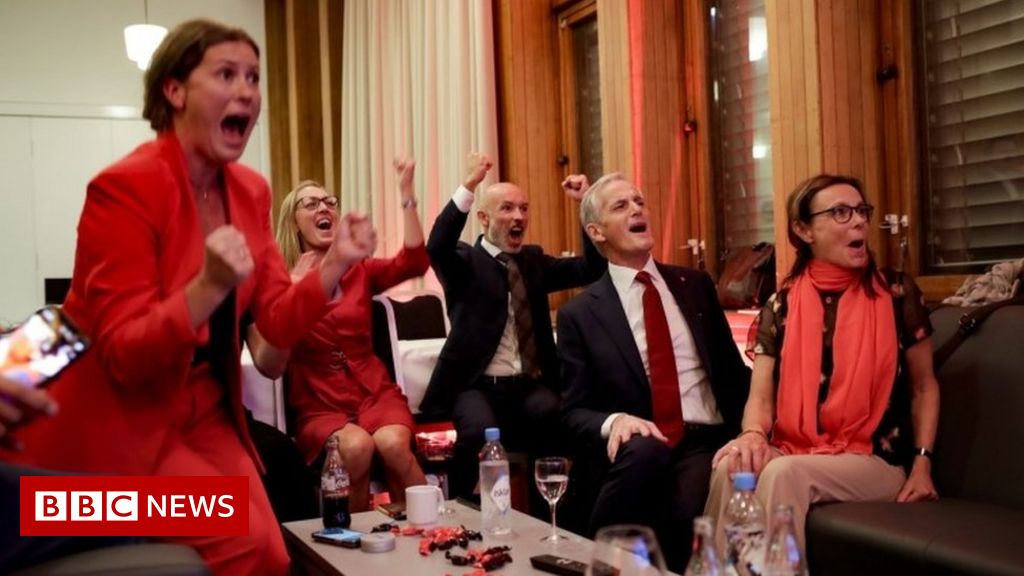 The prime minister has conceded victory after Monday’s election, paving the way for a centre-left coalition.

“We did it,” said Labour leader Jonas Gahr Stoere, who will now try to form a government.

The campaign in the run-up to the vote was dominated by climate change and Norway’s oil industry.

Norway’s biggest export is oil and the green party campaigned to close production down in a few years to curb the country’s carbon emissions.

A Stoere-led government will mean that all the Nordic countries are led by Social Democrat centre-left parties.

The Labour Party was on course to win 48 of the 169 seats in parliament, according to national broadcaster NRK, based on a count of more than 99% of the votes.

The party is now expected to enter coalition talks with other left-leaning parties to secure a majority in parliament and form a government.

“As the biggest party, we will make sure that Norway will get a new government and a new course,” Mr Stoere said in a speech to party members.

“In the coming days, I will invite the leaders of all parties who want a change.”