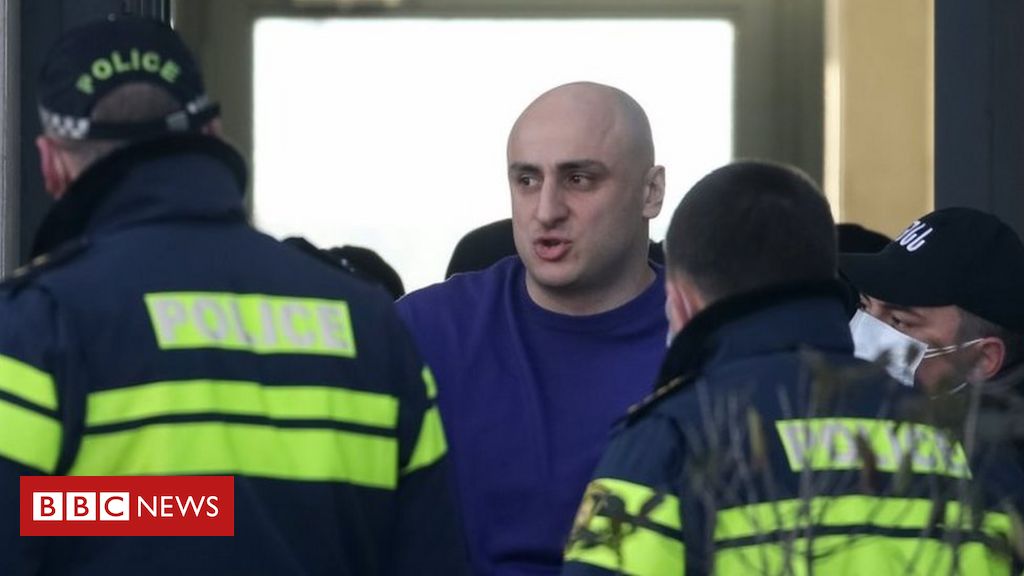 Police in Georgia have arrested the country’s main opposition leader, Nika Melia, in a violent raid on his party’s headquarters.

They used tear gas to disperse his supporters, some of whom had barricaded themselves inside with their leader.

Mr Melia was eventually dragged out of the building in the capital Tbilisi by riot police.

The case against him dates back to anti-government protests in 2019, but comes amid a wider political crisis.

Georgia has been rocked by protests since parliamentary elections in October, with the opposition accusing the ruling Georgian Dream party of rigging the poll and intimidating voters.

His replacement, Irakli Garibashvili, who was confirmed by parliament on Monday, promised to go ahead with Mr Melia’s arrest, saying he would “not manage to hide from justice”.

What’s the case about?

Nika Melia, who leads the opposition United National Movement, is accused of inciting violence in street protests in June 2019, and a court last week ordered his arrest for refusing to pay an increased bail fee in the case.

He denies the charges, and says they are “part of ongoing repressions against the opposition”. He faces a nine-year sentence if convicted.

Footage from inside the party’s headquarters showed Mr Melia barricaded inside a room surrounded by supporters, as opposition activists clashed with hundreds of riot police outside.

According to local news reports, at least 20 people were also detained and later released.

The raid has drawn swift condemnation from the US and UK embassies in Georgia.

Shocked by the scenes at UNM headquarters this morning. Violence and chaos in Tbilisi are the last thing Georgia needs right now. I urge all sides to act with restraint, now and in the coming days. @UKinGeorgia

Opposition parties in the country have called for mass demonstrations outside government headquarters on Tuesday over Mr Melia’s arrest.