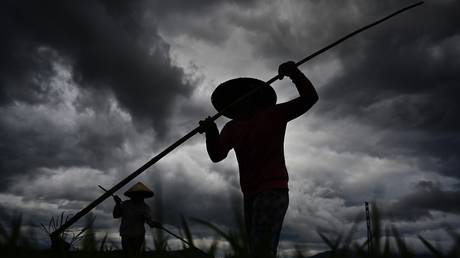 Using the same law that allowed the US to impose tariffs on billions of dollars worth of Chinese imports, the Trump administration opened an investigation into the trade practices of one of its biggest trading partners, Vietnam.

The probe, launched at President Donald Trumpâ€™s direction and announced by the US Trade Representativeâ€™s office late on Friday, focuses on two issues. The first is whether Vietnam deliberately undervalued its currency, the dong, thus making its products cheaper abroad and harming US commerce.

â€œUnfair currency practices can harm US workers and businesses that compete with Vietnamese products that may be artificially lower-priced because of currency undervaluation,â€ US Trade Representative Robert Lighthizer said as cited by media.

Washington also wants to investigate Vietnamâ€™s imports of illegally harvested or traded timber, which it says â€œharms the environment and is unfair to US workers and businesses.â€

The probe is based on Section 301 of the Trade Act of 1974 â€“ the same provision the Trump administration used to start a trade war with China and slap Chinese imports with punitive tariffs. Washington also used currency manipulation allegations against China at the height of the trade tensions between the worldâ€™s two largest economies. Last year, the US designated the trade war rival a currency manipulator, but eventually removed Beijing from the list as the two sides neared a trade truce.

Vietnam is now among the 10 biggest trading partners of the US, but at the same time it has the fourth-highest trade surplus with it. Americaâ€™s trade deficit with the Asian nation reached nearly $35 billion by July, outpaced only by China, Mexico, and Switzerland.

Vietnam has been stuck on the Treasury Departmentâ€™s list of currency manipulators since last year. In August, the Treasury determined that Vietnam had depreciated its currency in a trade case involving tires, saying that the dong had been undervalued by about 4.7 percent against the dollar.

Hanoi has repeatedly denied the allegations, saying that it is not using exchange rates and monetary policy to create unfair competitive advantages in international trade.

Vietnam had been considered one of the big winners of the simmering US-China trade conflict, as some producers decided to move their operations to the country to escape the tariffs. While Washingtonâ€™s move against Vietnam may result in losses for those manufacturers, it is unlikely that the investigation will be finished before the election, as it usually takes months.