Home Economy New petrol and diesel cars will be available for purchase in UK... 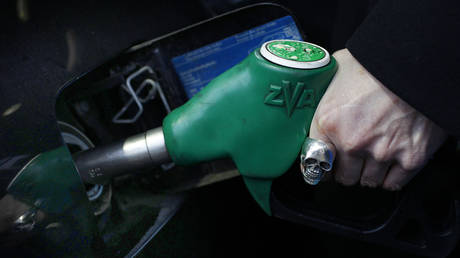 Britain may fast-track the sales ban on new petrol and diesel-powered cars as the government is reportedly poised to move the measure forward by another five years.

The ban, which aims to push the UK towards its climate goals, was initially set to be implemented in 2040, but in February, British Prime Minister Boris Johnson announced that new traditional petrol and diesel models wonâ€™t be available for purchase starting from 2035.

Now the date could be further brought forward to 2030, the Financial Times said on Saturday citing industry and government officials. The same was earlier reported by BBC. The decision may be formally announced as soon as next week, according to the FT.

The new plan may not target sales of hybrid cars that have both electric motors and engines, which are set to be available for another 15 years.

Also on rt.com
A tax on meat to save the planet? British health experts call for new levies on food with heavy environmental impact

Earlier this week, economists from Cambridge Econometrics called on the government to speed up the sales ban to 2030. According to their calculations, such a green initiative will create over 30,000 new jobs and increase GDP by 0.2 percent. Greenpeace has also previously called for a decade to be shaved off from the initial timetable, arguing that it will boost economic activity and employment rates.Â

While some manufacturers have already said that the timeframe is â€œtoo narrowâ€ and complained about possible losses, there are concerns that switching to electric cars may be painful for customers, as the vehicles are usually more expensive. The lack of accessible charging infrastructure could be another issue. While the number of public charging devices in the UK has grown rapidly in recent years, less than 20 percent of nearly 19,500 charging points across the country have rapid devices. Unless drivers use a fast charger, it may take several hours to â€˜fill upâ€™ the vehicle.