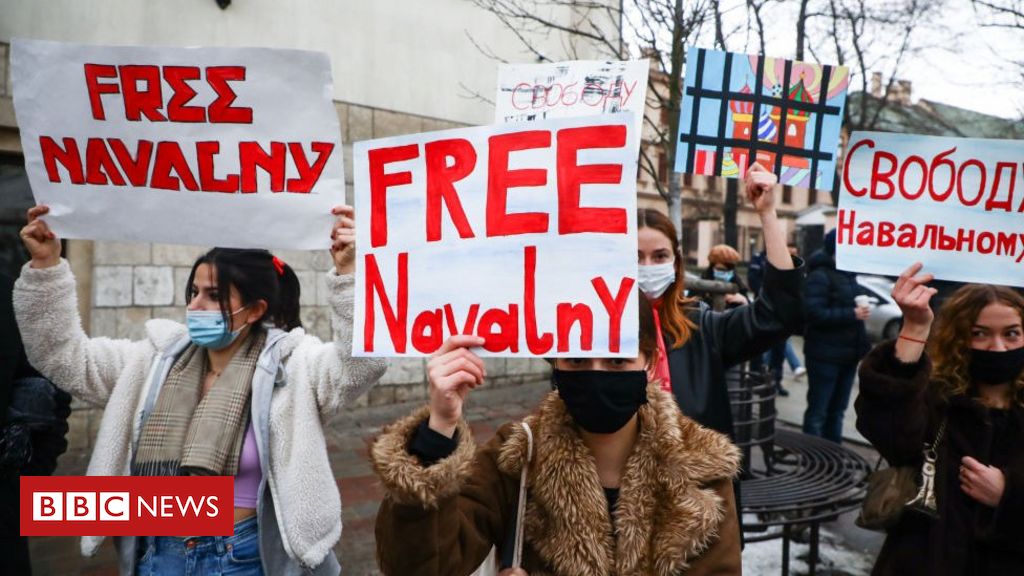 Facebook, Twitter, TikTok and others “failed to comply” with the government’s demand to remove the posts, the Russian media watchdog said.

Rallies in support of the jailed opposition leader Alexei Navalny were held around Russia on Saturday.

Tens of thousands of people defied a heavy police presence to attend the demonstrations, and social media played a key role in driving young people to take to the streets.

Posts promoting the rallies were viewed hundreds of millions of times on TikTok. The flood of videos prompted Russia’s official media watchdog, Roskomnadzor, to demand the app take down any information encouraging “minors to act illegally”.

Mr Navalny, President Putin’s most high-profile critic, called for protests after he was arrested at Moscow’s Sheremetyevo airport on arrival from Berlin on 17 January. His allies have called for further rallies this weekend.

What has the media watchdog said?

On Wednesday, Roskomnadzor said social media companies would be fined “for failure to comply with the requirements to suppress the spread of calls to minors to participate in unauthorised rallies”.

Calls for people under the age of 18 to join protests are banned in Russia, as are mass demonstrations that have not received prior approval from the authorities.

“Despite the request of the prosecutor general’s office and the notification from Roskomnadzor, these internet platforms did not remove in time a total of 170 illegal appeals,” a statement from Roskomnadzor said.

Earlier on Wednesday, Russian President Vladimir Putin hit out at the growing influence of social media companies which he said were “competing with the state”.

“These are not just economic giants,” he said in an address to the virtual Davos economic summit. He added that the line was blurred between a “successful global business” and “attempts to crudely, at their own discretion, control society”.

“We just saw it all in the United States,” he said, without elaborating.

His comments increase the pressure on foreign-based social media companies, which can operate free of government interference unlike much of Russia’s media. The top TV networks, for example, are either state-run or owned by companies with close ties to the Kremlin.

What’s the latest with Navalny?

Groups of officers in balaclavas were seen breaking down doors with hammers and crowbars. “They are not letting in my lawyer. They broke my door in,” Mr Navalny’s wife, Yulia, told reporters.

The interior ministry has also launched a criminal investigation into alleged violations of Covid restriction by the protesters. They “created a threat of the spread of the novel coronavirus infection”, a spokeswoman said.

The raids and the investigations are the Kremlin’s response to Saturday’s protests and are intended to scare others off the streets, the BBC’s Sarah Rainsford says.

But Mr Navany’s allies have called for renewed demonstrations on Sunday. The 44-year-old was jailed for 30 days last week for violating parole conditions – a case he condemns as bogus.