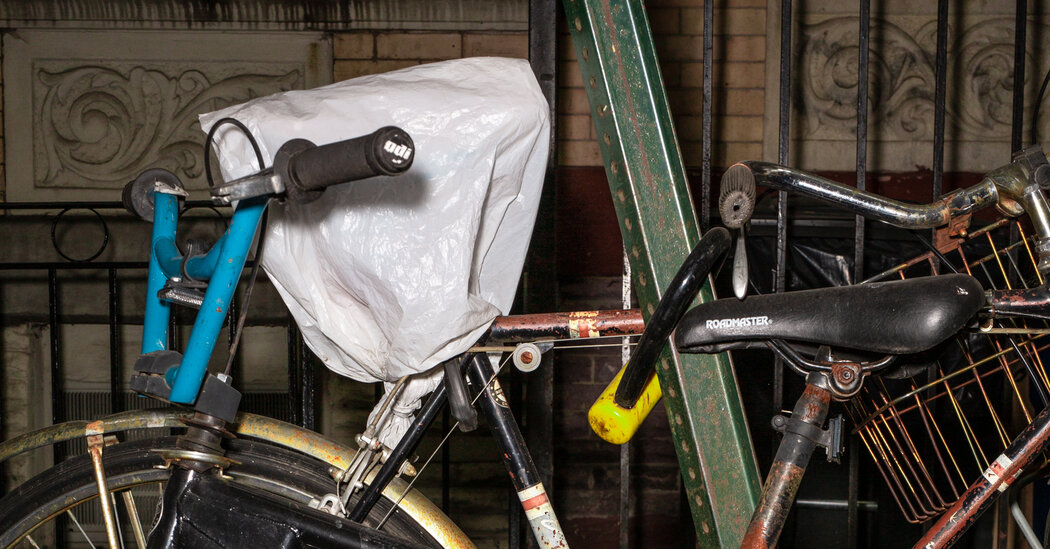 World|N.Y.C. has a parking problem: few spots for bikes.

The pandemic set off an extraordinary surge in biking in New York City as people sought to avoid public transit and embrace new ways to exercise.

But now the spike has run headlong into a familiar problem on the city’s congested streets: no parking.

Cyclists have rolled up to apartment buildings, offices, stores and restaurants only to find nowhere to leave their bikes. Many lug them inside, or improvise makeshift parking by locking them to street signs — breaking a city law that is rarely enforced — or trees, gates and fences.

The lack of parking, cyclists and advocates complain, has helped fuel a jump in bike thefts.

Even as New York has created the largest urban bike network in the nation with 1,375 miles of bike lanes and a thriving bike-share program, it has lagged well behind other cities in making bike parking spots widely available, transportation experts and advocates say.

New York has roughly 56,000 bike parking spots on its streets, sidewalks and plazas. Most are part of bike racks, though there are 83 corrals — car parking spots converted to hold bikes — and 20 shelters that shield bikes from snow and rain. (The 56,000 does not include the sharing program Citi Bike, which has 38,000 spaces in about 1,100 docking stations.)

By comparison, London has three times as much bike parking, with more than 150,000 cycling spaces on its streets and at least 20,000 additional spaces at Underground and rail stations. There are also more than 1,500 spaces in curbside cycle hangers, where residents leave their bikes inside a small metal dome.

Some American cities have increased efforts to create more bike parking during the pandemic. Chicago installed nearly 2,000 new spaces last year on racks and in corrals and plans to add 900 more this spring for a total of roughly 34,260.