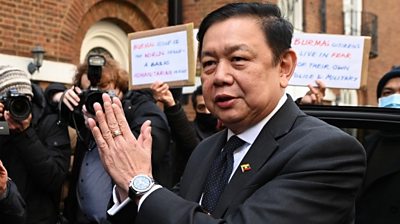 The UK’s now ex-ambassador to Myanmar, Kyaw Zwar Minn spent Wednesday night in his car outside the embassy after the military attaché locked him out. It was later confirmed that he’d been dismissed as the country’s representative.

British Foreign Secretary Dominic Raab has condemned the “bullying actions,” but the UK has accepted the change.

Read more: Myanmar ex-ambassador to UK locked out of embassy