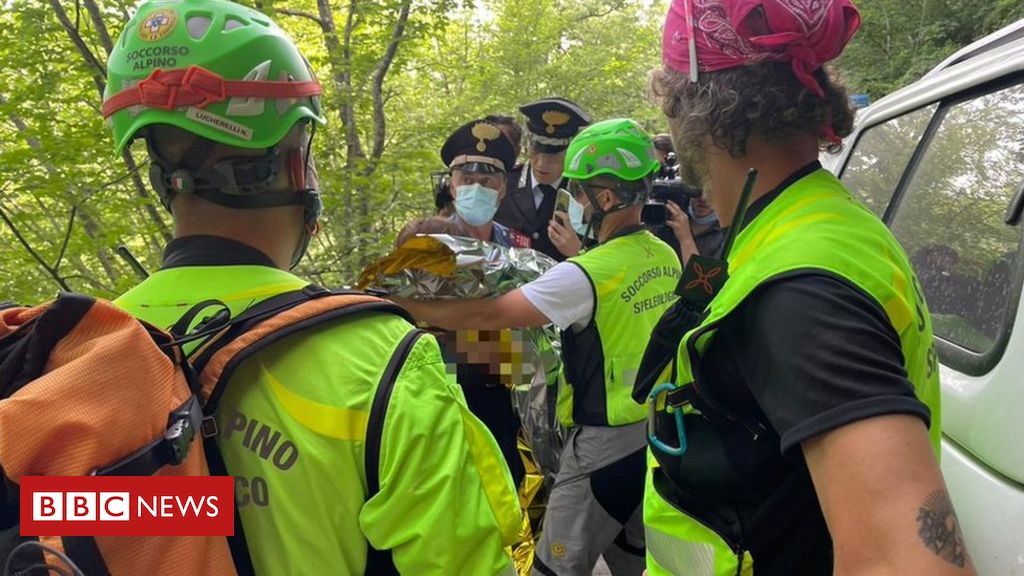 A child who went missing in Italy has been found by a reporter sent to cover his disappearance, several kilometres from the boy’s home.

The 21-month-old toddler was last seen in his bedroom on Monday night and was reported missing by his parents the next day.

Journalist Giuseppe Di Tommaso heard noises from a gorge near the road while on his way to their home on Wednesday.

The child has been taken to hospital and is said to be in good health.

It is believed the toddler, identified as Nicola Tanturli, woke up in the middle of the night and walked out of the house.

A helicopter and about 1,000 people – including police, fire and alpine rescuers – had joined the search for the toddler after he was reported missing in Palazzuolo sul Senio, near Florence, according to the local mayor.

Giuseppe Di Tommaso, a journalist with Italian state broadcaster Rai, stopped a Carabinieri police car after hearing moans coming from the bottom of a wooded slope.

The commander of the local Carabinieri lowered himself about 25m (82ft) down to investigate.

“I heard clearer cries and expected an animal to come out,” Danilo Ciccarelli told a news conference. “Instead, Nicola came out with his head in the high grass and said ‘mamma’. It was a beautiful feeling.”

Nicola was taken to hospital for medical checks, but appears to only have suffered minor injuries, according to local media.

“The emotion was huge. I’m still shaken,” the journalist was quoted as saying by Ansa news agency.