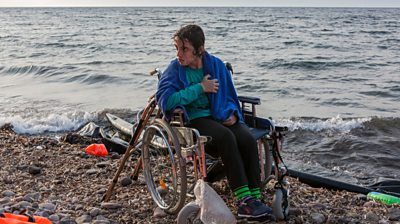 Germany has announced plans to take more than 1,500 migrants following the fire at a detention centre on the Greek Island of Lesbos which left thousands without refuge.

The tragedy was a reminder of the scale of a crisis which has seen vast movements of people fleeing war and poverty.

Five years ago at the height of the migrant crisis the BBC’s Fergal Keane reported the extraordinary story of Nujeen Mustafa, a Syrian refugee, who crossed Europe in a wheelchair.

Five years on, Fergal has met up with Nujeen to hear how her life has changed.