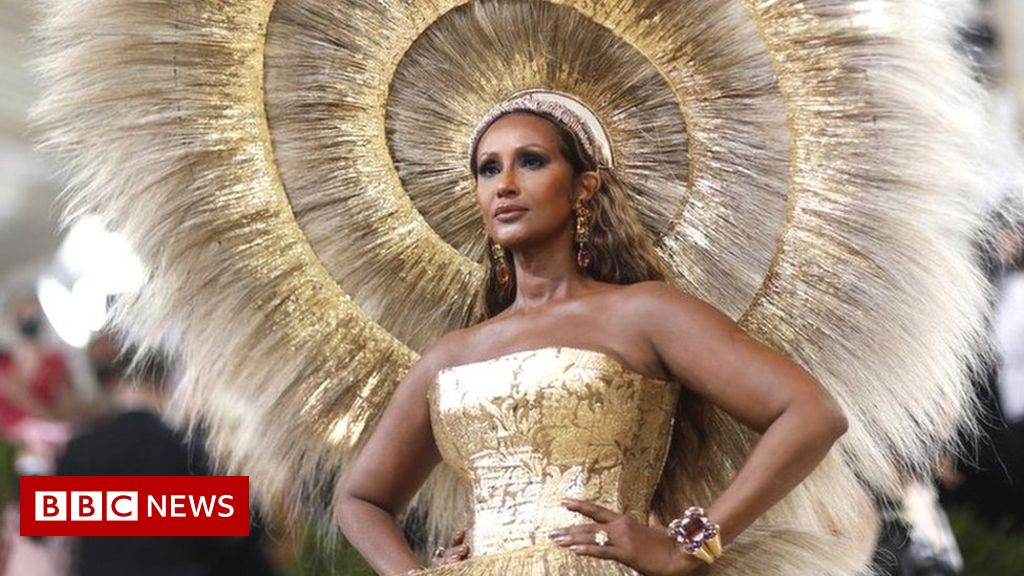 The Met Gala – one of fashion’s biggest and starriest events – has rolled out its red carpet in New York for some of the planet’s best-known celebrities.

Held to raise funds for the Metropolitan Museum of Art’s Costume Institute, the Gala returns after being cancelled last year due to the coronavirus pandemic.

And although its famous guests must follow Covid-19 rules, including wearing masks indoors, that hasn’t stopped many going for all-out glamour.

This year’s costume theme is “In America: A Lexicon of Fashion” – and the looks were inspired by everything from the Matrix film franchise to the Statue of Liberty.

One of the most talked-about looks of the night came from the publicity machine that is Kim Kardashian – who covered her face and body in an all-enveloping black outfit.

The custom design was devised by Demna Gvasalia, the creative director of fashion house Balenciaga.

The 23-time Grand Slam winner Serena Williams made a statement of a more colourful kind, wearing a star-spangled bodysuit beneath a feather-laden pink cape.

Other attendees, meanwhile, brought along props to accompany their outfits.

Among the last to arrive at the Gala was Rihanna – who has stolen the show at past events, with outfits including a Pope-inspired costume in 2018.

The singer and businesswoman turned heads once again as she posed in an all-black Balenciaga overcoat, while her boyfriend, rapper A$AP Rocky, swathed himself in a multicoloured quilt.

One celebrity who wasn’t there was rapper Nicki Minaj, who said she hadn’t yet had a Covid vaccine, which was a requirement of entry.

She has also been criticised for a post saying people shouldn’t be “bullied” into having the vaccine, telling the story of a cousin’s friend who allegedly became impotent after being vaccinated, leading his fiancée to call off their wedding.

The US Centers for Disease Control and Prevention says: “Currently no evidence shows that any vaccines, including Covid-19 vaccines, cause male fertility problems.”

All images subject to copyright