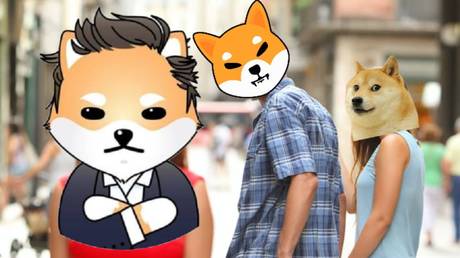 Meme-based crypto token Dogelon Mars, named after Elon Musk and which celebrates his space aspirations, has surged in price this week, on course to dethrone meme-token investor darlings Shiba Inu and Dogecoin.

Over the past week, Dogelon Mars has surged in price by nearly 50%, according to CoinBase. In comparison, Dogecoin gained only 11% in the last seven days, and Shiba Inu was up 9%.
According to crypto tracker WhaleStats, Dogelon Mars is now the most traded token among its top 1,000 crypto whales.

The surge in Dogelon Mars’ popularity among crypto investors was sparked by its inclusion on two major crypto exchanges this week.

Huobi, one of the leading crypto trading platforms in the world, announced the token’s listing on Thursday, followed by a similar announcement from Gemini exchange.

Dogelon Mars is a dog-themed meme coin hosted on the Ethereum and Polygon blockchains. Last month, its price increased by a whopping 119% following an announcement from its development team on plans to add decentralized finance (DeFi) and staking capabilities to the coin’s architecture.