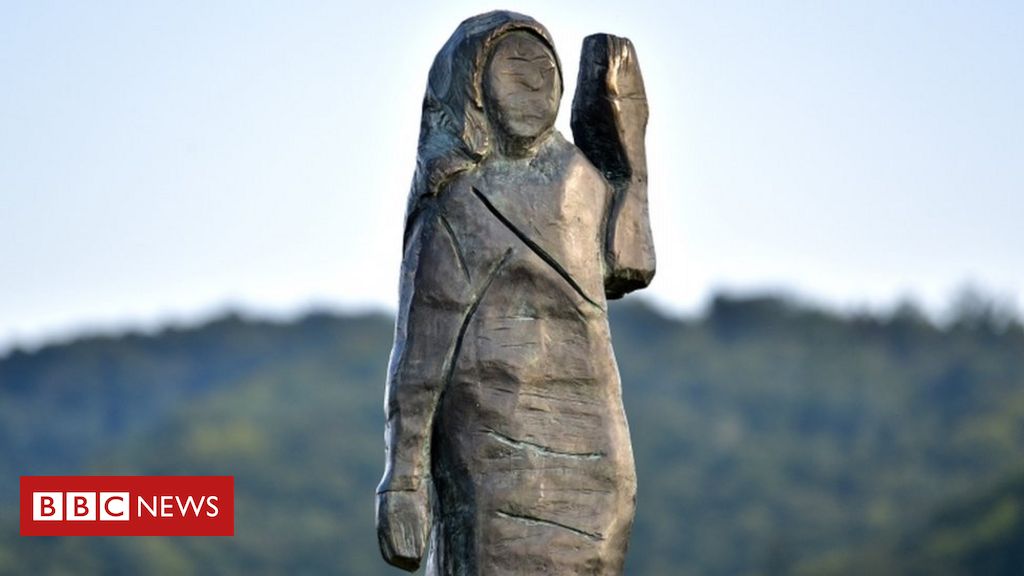 A new bronze statue to US First Lady Melania Trump has been unveiled near her hometown in Slovenia.

Some described the original as a “disgrace” or a “Smurfette”, saying it did not look like Mrs Trump.

The new statue features a plaque dedicating the sculpture to “the eternal memory of a monument to Melania which stood at this location”.

Mrs Trump was born in Novo Mesto in 1970 but grew up in the town of Sevnica, when Slovenia was part of the Communist nation of Yugoslavia.

US artist Brad Downey commissioned the original piece and placed it outside Sevnica in 2019.

It was carved out of a tree trunk by local chainsaw artisan Ales Zupevc and depicted her in a blue coat like the one she wore to her husband’s inauguration, but bore only a loose resemblance to the First Lady.

It was set alight on 4 July – Independence Day in the US – but Mr Downey has since exhibited the burnt statue in Slovenia, saying it “represents a visual representation of political tensions that are erupting in my country”.

The new statue, made of bronze and revealed to the public on Tuesday, is a replica of the original.

“We are here today because we put up again a statue of Melania to the place where it was burnt and to commemorate the statue that was set on fire,” Slovenian artist Marko Vivoda told AP news agency.

Since the election of US President Donald Trump in 2016, tourists have come to Sevnica to learn more about the First Lady’s origins.

Residents have brought out ranges of Melania-branded merchandise, including slippers, cakes, and Trump-like burgers with fly-away cheese “hair”.

The nearly 8m (26ft) tall statue depicted him with a square head and jaw and was similarly controversial before also being burnt down by unknown culprits in January 2020.