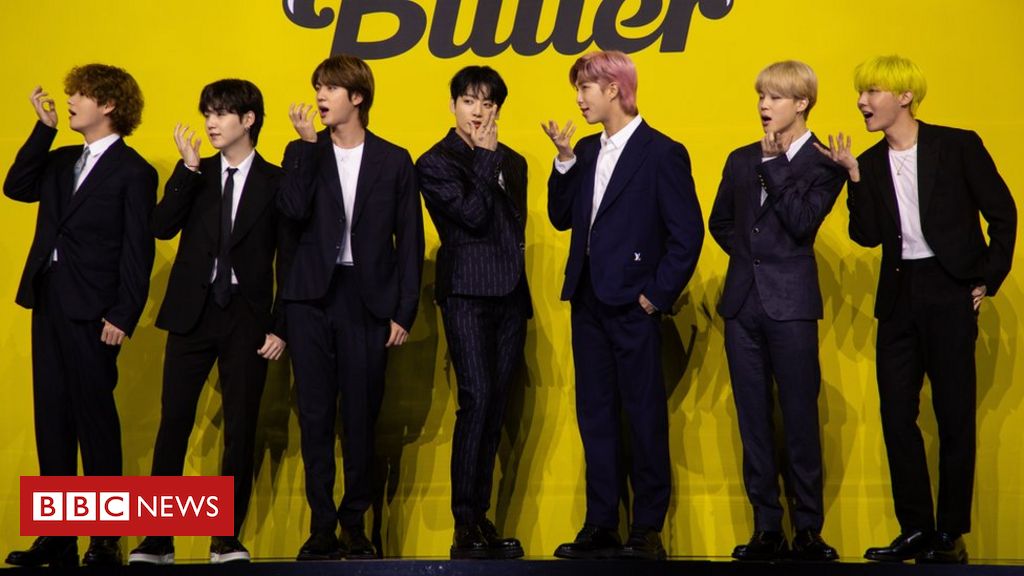 What happens when you combine the world’s biggest boyband with one of the world’s most popular burger chains?

Complete and utter chaos, it seems.

Or at least that was the experience of a number of Indonesian branches of McDonald’s, which found themselves so swamped with demand for the newly launched BTS Meal they had to close.

Indeed, so many people ordered the meal inspired by the Korean boyband that there were fears it could cause a new Covid hotspot.

“I don’t want Semarang to be in the Covid-19 red zone again.”

To the uninitiated, this may all seem a bit of an overreaction to a meal consisting of 10 chicken nuggets, chips, a coke and two sauces (sweet chilli and Cajun, for those who are interested).

But that is underestimating the enormous pull of the seven-member K-Pop phenomenon that is BTS. Their last single Butter broke global records when it premiered last month, while they beat superstars like Taylor Swift to be named best-selling album of 2020.

Their fans – and there are millions around the world – are exceedingly loyal, and protective. Using their brand in the wrong way can mean trouble, as one South Korean MP found out this week.

Ryu Ho-jeong, the country’s youngest MP, used an image of tattooed BTS member Jungkook on Tuesday to make a point about easing restrictions on tattooing. South Korean laws mean only doctors are allowed to do tattoos.

But fans were angry she had used the picture, saying she had dragged the star into politics. She apologised on Thursday, after facing widespread criticism on social media.

But when fans approve of the partnership, like the one with McDonald’s currently being rolled out to 49 countries, it can mean massive success.

So it was no surprise that when the meal launched in K-Pop-mad Indonesia on Wednesday, it was an immediate hit.

Because of Covid-19, however, people did not go to the branches themselves. Instead, they used delivery services – sending drivers to the outlets in droves.

Photos show them cramming into branches, with some drivers in the capital Jakarta saying they had waited more than two hours to collect their orders.

Police in Jakarta said in a statement that a total of 32 branches were temporarily closed across the city. There were further closures in other parts of the country.

However, McDonald’s was quick to remind people that the meal will still be available for the next month so there is no need to “rush and worry about running out of this product”.

Indonesia’s Covid cases are currently on the increase, with 7,725 infections reported on Wednesday – the highest since 26 February.