Home Economy Many lost US oil jobs may never return 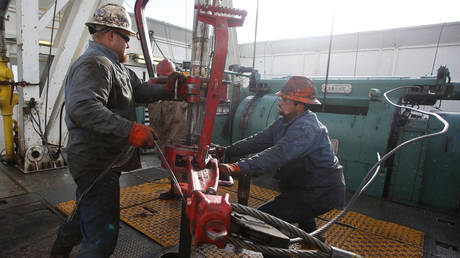 More than 100,000 jobs were lost in the US oil exploration and production industry between March and August this year, mostly as a result of the coronavirus pandemic. Another 35,000 jobs were shed in the downstream segment.

But that’s not the end of the bad news. Most of these jobs are not coming back at least until next year. Some could be gone forever.

These are the highlights of a Deloitte report released earlier this month. The job loss or its pace—the fastest ever—is not surprising. The effect of the pandemic on the industry was quick and devastating, with oil production in Texas alone dropping by 13 percent in the three months from March to May alone. To compare, during the last price crisis, oil production in the state declined by 13.7 percent over 18 months, according to the Texas Alliance of Energy Producers’ Karr Ingham, the creator of the Texas Petro Index.

Such a fast contraction of activity resulted in an equally rapid loss of jobs, and the growing number of bankruptcies also contributed to the job losses. If not for the pace of the events, this would be business as usual. The oil industry always sheds jobs during the low phase of its cycle.

What is even more unique this time around is that many of these jobs may not be coming back at all.

“Our multivariate statistical analysis on employment and market data suggests that as much as 70% of jobs lost during the pandemic may not come back by the end of 2021 in a consensus business-as-usual scenario,” the Deloitte analysts wrote in their report. The problem is, few expect 2021 to bring a return to business as usual. If oil stays cheap, all but 30 percent of the 107,000 upstream jobs lost in the second quarter alone might stay gone through the end of next year.

Also on rt.com
US shale remains in survival mode for another year

Almost two years is a long time for most people, especially those employed in a cyclical industry such as oil and gas. Some will find jobs in other industries, with renewable energy apparently a strong candidate as investments in solar, wind, and other generation technology rising while those in oil and gas shrink.

The director general of the International Renewable Energy Agency, Francesco La Camera, recently urged governments to prioritize the reskilling of workers from the oil and gas sector who had lost their jobs or were at risk of losing them. Many of them were already going into renewables, according to industry insiders, notably engineers, construction workers, and project managers, who did not even need retraining or reskilling because their skills were easily transferable to another industry.

Yet some of those more than a hundred thousand laid-off oil and gas workers may join the millions of permanently unemployed Americans, part of the fallout from the pandemic. And some, according to Deloitte and other analysts, will be reskilled to rejoin a changing energy industry.

European Big Oil majors are turning increasingly green. This necessitates a change in skills that are in demand and, consequently, retraining of employees. While their US counterparts are not that big on the green agenda, the US oil industry is also changing, for economic, if not political reasons: the crisis needs to be weathered, and long-term survival needs to be ensured. So US oil producers are going digital, and this, too, necessitates a new kind of workforce.

The industry is on the cusp of a major change, should it wish to embrace it, according to Deloitte’s report. Judging by the findings of an earlier report from EY on digitalization trends in oil and gas, the change has already begun. And yes, most of the industry is embracing it.

Also on rt.com
Why energy demand is plummeting in the US

Making the best of this changing industry landscape, according to Deloitte, requires that oil and gas companies develop new job positions that are in line with the changing priorities of the industry (emissions officer and energy efficiency officer were given as examples). They would also do well to research flexible work schedules, including remote work, which the pandemic showed was something that many people could do over prolonged periods of time.

The workers, meanwhile, should take care to acquire the new skills they would need to improve their chances of re-employment in oil and gas, with knowledge in economics, computer networks, and visualization given as examples in this respect.

Of course, all of this means a shift of the business from oil and gas to the wider area of energy. In other words, the Deloitte report calls on US oil and gas producers to follow in European Big Oil’s lead and transform completely. This appears to be better both for the companies and for the workforce. However, few of these companies currently have the financial means to effect such a radical change. This means that the business-as-usual scenario Deloitte mentions is unlikely to come true. Rather, it will be business as never before for oil and gas and a change of career for many now-former employees in that industry.