Home World USA Malaysiaâ€™s king declares a virus emergency, and other news from around the... 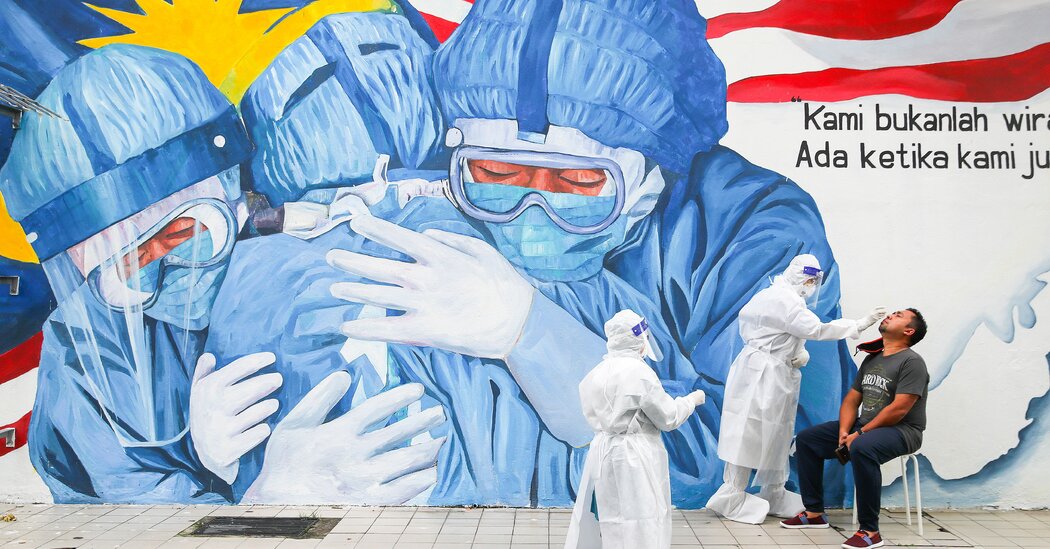 World|Malaysiaâ€™s king declares a virus emergency, and other news from around the world.

Malaysiaâ€™s king declared a national state of emergency on Tuesday to stem a surge in coronavirus cases, suspending Parliament, closing nonessential businesses and locking down several states and territories, including the largest city, Kuala Lumpur.

The emergency declaration could last until Aug. 1, and some critics said the main beneficiary would be the prime minister, Muhyiddin Yassin, the head of an unelected government who for months has barely maintained his hold on power.

Mr. Muhyiddin, who asked the king to issue the declaration, went on television to assert that the emergency measure was necessary to contain the virus â€” and that it was not about extending his political career.

â€œLet me assure you, the civilian government will continue to function,â€ he said. â€œThe emergency proclaimed by the king is not a military coup.â€

Mr. Muhyiddin promised to hold a general election after the virus was brought under control.

Malaysia was mostly successful in containing the virus for much of last year, but the number of infections began rising in October and reached a daily peak of more than 3,000 new cases on Thursday. The surge was caused in part by an election campaign in the state of Sabah and by an outbreak among migrant workers. The government reported a total of more than 141,000 cases and 559 deaths as of Tuesday.

Mr. Muhyiddin came to power in March after the previous government collapsed. He formed a new coalition and the king appointed him prime minister without a parliamentary vote. Opponents have since questioned whether he has the support of a majority of Parliamentâ€™s 222 members.

Now, the kingâ€™s declaration means that no parliamentary vote or general election can be held for more than six months, as long as the virus persists.

James Chin, professor of Asian studies at the University of Tasmania, said the declaration gave Mr. Muhyiddin extraordinary powers, including the authority to pass laws that override existing ones and to use the military for police work.

â€œPolitically he will benefit the most from this Covid emergency,â€ he said. â€œThis will give him what he wants without any scrutiny from Parliament.â€