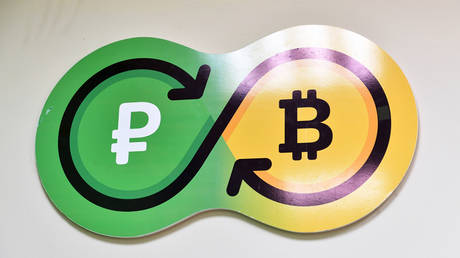 Russia’s largest lender, Sberbank, has applied to the national financial regulator to set up a blockchain platform for its own digital token called Sbercoin. The project may be launched as early as this spring.

Sberbank sent the application for the platform to the Central Bank of Russia at the beginning of the year, Director of the Transaction Business Division Sergey Popov revealed earlier this week. He said that the registration was required by the law on digital financial assets, which came into force in Russia on January 1.

“The bank is technologically ready to work with such a fiat currency,” Popov said, adding that the lender has already completed an internal trial and concluded that “the solution” works.

The registration procedure usually takes around 45 days, according to Popov. If it receives no objections from the central bank, there is a high chance that the token will be launched in spring, he said.

However, Sberbak still has to resolve some issues linked to the digital currency, such as the taxation of digital financial assets as well as how the token can be used. According to the bank’s top manager, Sbercoin can be used as a “digital promissory note,” as this form can open “new opportunities” if it replaces the paper one.

The banking giant initially floated the idea of issuing its own digital currency last year. In November, Chief Executive German Gref announced that the bank may launch it as “an experiment” in 2021. Earlier Popov revealed that Sbercoin could actually be a stablecoin. Unlike bitcoin and other cryptocurrencies, stablecoins are pegged to fiat currencies, and Sberbank’s token will be pegged to the Russian ruble.

Max Keiser: What if bitcoin is not the bubble, but the pin?