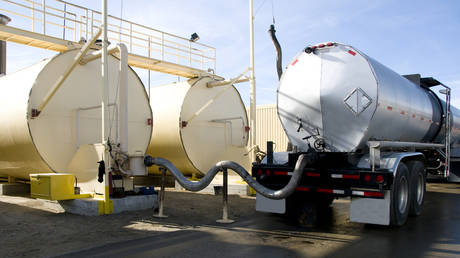 A number of the world’s largest oil consuming countries have announced the release of strategic oil reserves in a joint effort with Washington to curb rising gasoline prices.

“We will sell part of our reserves and take other measures to stabilize oil prices,” Japanese Prime Minister Fumio Kishida told reporters on Wednesday. He did not specify the volume of reserves that will be released. However, according to media reports, the government may sell around 4.2 million barrels. The official stressed that the decision to sell oil reserves “was made in accordance with a similar decision by the US authorities, with which Japan is cooperating to stabilize the global oil market.”

The United States on Tuesday announced the release of 50 million barrels of oil from its strategic reserves. The White House stressed that the step is coordinated with a number of other states, including Japan, the UK, India, China, South Korea.

India was among the first to announce the release right after Washington late Tuesday, vowing to put 5 million barrels of oil on the market. According to Bloomberg, India’s strategic oil reserves amount to 39 million barrels.

South Korea has also decided to tap oil reserves, Yonhap reported, citing a joint statement from the Ministry of Energy and the Ministry of Foreign Affairs. However, the volume of the release and its timing are said to be determined after further consultations with Washington.

The UK will release 1.5 million barrels from its strategic reserves, the Ministry of Business, Energy and Industry told RIA Novosti.

“We are joining other countries led by the US, in allowing companies in the UK to voluntarily release some of their oil reserves,” the ministry said.

The coordinated effort to release strategic oil reserves has been pitched as a crucial measure to lower gasoline prices, which have been on the rise amid the global recovery from the pandemic and the ensuing rise in demand for fuel. Higher fuel prices pose a variety of difficulties, from affecting consumers at the pump, resulting in less travel and spending, to causing spikes in shipping costs, which leads to increased prices for food and consumer goods.