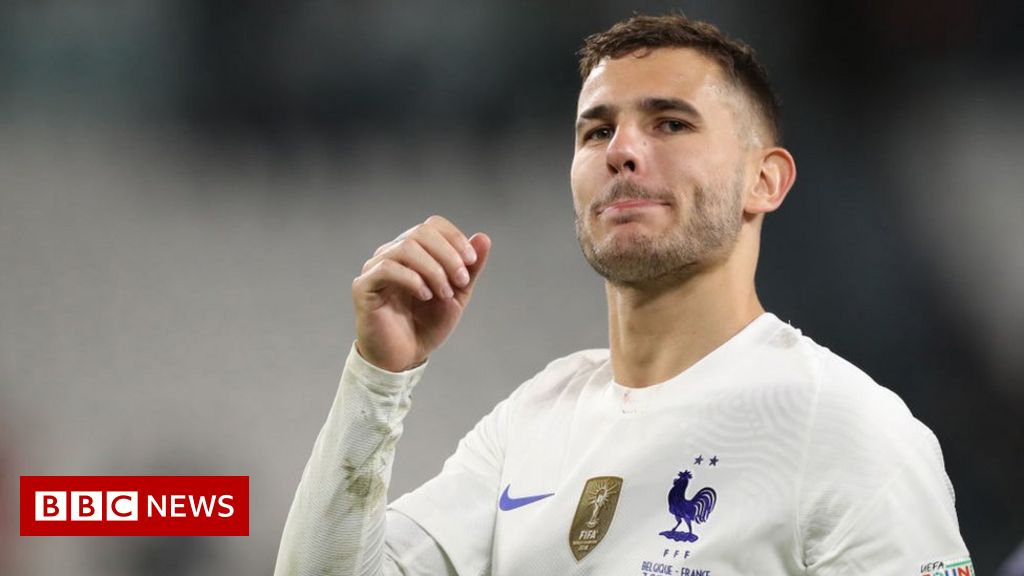 French international footballer and Bayern Munich defender Lucas Hernandez has been given a six-month prison term by a Spanish court for breaking a restraining order in 2017.

Hernandez, 25, must appear in court in Madrid on Tuesday. He has appealed against the sentence.

Restraining orders had been imposed on him and his girlfriend, Amelia Ossa Llorente, after a violent argument.

But they were seen returning to Spain together after getting married.

After his court appearance, Hernandez will have 10 days to report to prison voluntarily. He will be allowed to choose the jail where he serves his sentence.

The restraining orders were handed down after he and Ms Llorente had a fight in 2017, though neither had pressed charges. Ms Llorente was taken to hospital with minor injuries. Hernandez was convicted of domestic violence against her.

Hernandez had been given a suspended six-month prison term in 2019 for breaking his restraining order. His appeal against it was denied.

Hernandez, a World Cup winner in 2018, was in the French team which won the Nations League final against Spain on Sunday.

Apparently, it's the next big thing. What is the metaverse?

Charities and aid groups in Haiti have been marked by scandals in the past...

Will New Covid Treatments Be as Elusive for Poor Countries as Vaccines?

Robert Durst, Millionaire Convicted of Murder, on Ventilator With Covid