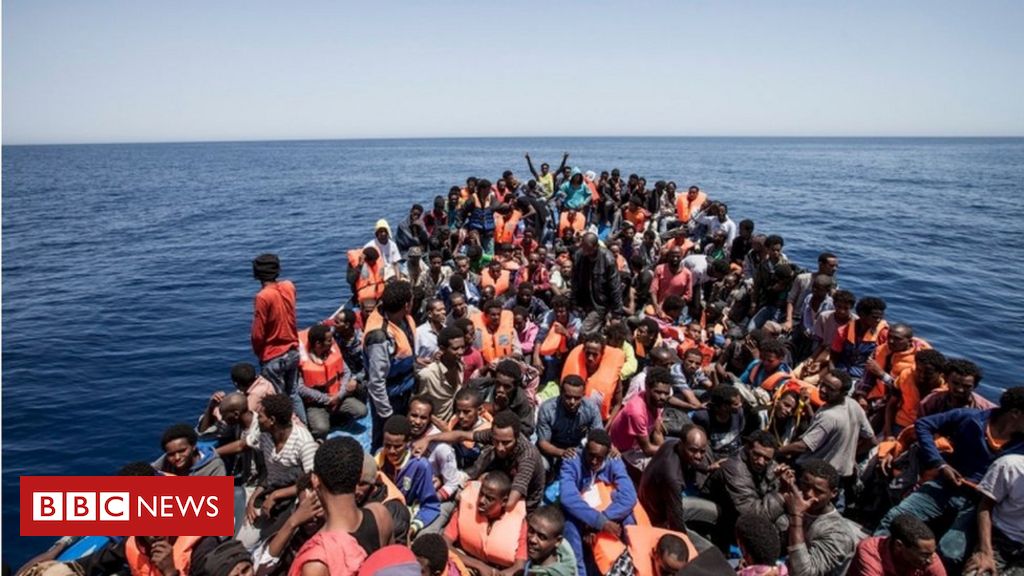 Authorities in the Libyan capital Tripoli have arrested a man wanted by Interpol for human trafficking.

In 2018, over people smuggling in the North African country.

Libya has emerged as a major migrant route to Europe in recent years.

The country descended into lawlessness in the wake of the overthrow of long-time leader Muammar Gaddafi in 2011, with rival militias vying for power.

In addition to the international arrest warrant against him, Mr Milad was also wanted in Libya.

Because of the powerful role of local militias in Libya, however, securing the arrests of people wanted internationally has been difficult.

Who is Abd al-Rahman al-Milad?

According to the UN, Mr Milad headed the regional coast guard for the north-western coastal town of Zawiya, which “is consistently linked with violence against migrants and other human smugglers”.

The UN’s panel of experts said in 2017 that Mr Milad, along with other members of the coast guard, was “directly involved in the sinking of migrant boats using firearms”.

He is alleged to have opened a migrant detention centre in Zawiya, where abuse against migrants took place, and was also an “important collaborator” in fuel smuggling, according to the panel.

Earlier this month, the UN Security Council unanimously passed a resolution allowing member nations to inspect vessels suspected of people smuggling off the coast of Libya.

In March, the International Office for Migration estimated that more than 20,000 people had died crossing the Mediterranean since 2014.