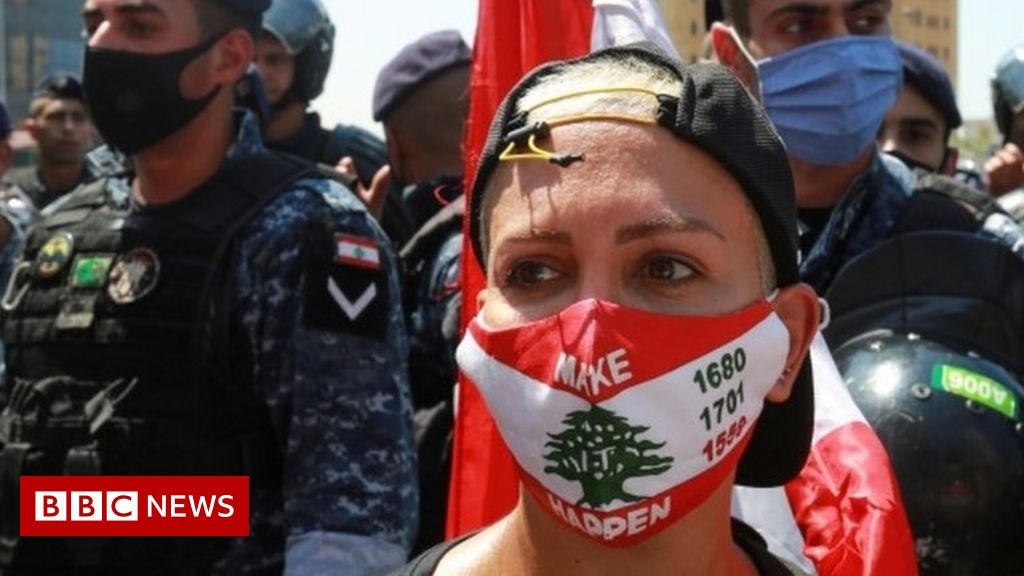 My friend and neighbour Richard was starting a series of online meetings at his office on the south-east edge of Beirut when all hell suddenly broke loose.

He spent the next three hours sheltering on the ground floor as the sounds of war raged around the building, triggering a rush of traumatic memories for someone who had lived through 15 years of civil conflict from 1975 on.

“All the memories of the civil war flashed back into my mind,” he said. “It was very intense, feelings of anger, of fear, of anxiety, especially about my children. I felt that they will be living what I lived during the civil war.”

“I don’t know why, and the next day I was not able to function at all. It seems the war trauma came back to me again. I didn’t want this to happen to me and my children.”

For Richard and many other Lebanese people, the sudden eruption of sectarian clashes in the capital on 14 October rang strident alarm bells.

Political tensions were very high, the economy was collapsing, electricity and fuel were almost non-existent, prices were soaring – and now gunmen were battling it out in the streets again.

Was the country teetering on the brink of another civil war?

One of many reasons why the clashes had such resonance was the location. The Christian suburb of Ain al-Remmaneh on the south-east edge of Beirut was where the civil war began in April 1975, after a series of incidents culminated in the shooting-up by Christian militiamen of a busload of Palestinians, killing more than 20.

For the next 15 years, Ain al-Remmaneh was on the front line of a mutating civil war, confronting the adjacent, largely Shia Muslim suburb of Chiyah.

It was from Chiyah that a band of Shia protesters triggered the clashes on 14 October by rampaging into Ain al-Remmaneh chanting provocative sectarian slogans: “Shia, Shia, Shia!”

All seven of those killed in the ensuing gunfire were Shia, including some from the Iranian-backed Hezbollah movement and the allied Amal faction.

The incident triggered a virulent exchange of accusations and denials between the Hezbollah-led Shia alliance and the Christian Lebanese Forces (LF) party.

Hezbollah leader Hassan Nasrallah accused the LF of sending snipers to fire from rooftops in an attempt to kindle a civil war into which, he said, Hezbollah would not be drawn.

The LF leader, Samir Geagea, retorted that his party did not have a militia and was not seeking war. He accused Hezbollah of trying to cover up involvement in the massive explosion at Beirut port in August last year by pushing for the dismissal of the investigating judge – the issue that prompted the Shia demonstration.

Back in 1975, few observers predicted that a full-scale civil war was about to erupt. And once it did, few of us imagined that it would go on in different forms for 15 years, creating fault lines which are clearly still there today.

So protestations of innocent intentions, and even objective assessments of balances of power, do not necessarily mean it might not happen again. When political deadlock is intense, miscalculations can be made. Once blood is shed, conflict can take on a life of its own, especially in a situation of sectarian animosity.

Political confrontation and polarisation are already there. During the Ain al-Remmaneh clashes, Sunnis in nearby areas, and Christians in East Beirut’s Ashrafieh district, were on alert, fearing another “7th of May” – the day in 2008 when Hezbollah fighters invaded West Beirut to crush Sunni and Druze opponents.

“If the clashes had involved Sunnis rather than Christians, trouble would have erupted all over the country within an hour,” said a well-placed Sunni military source, indicating that Sunnis are nursing a virulent grudge against Hezbollah. “People have had it up to their necks, and a clash with Hezbollah would have been the last straw.”

“I don’t see a civil war tomorrow morning, it will take time, but it will erupt with time,” said a veteran politician. “There will be more incidents… this is how it started in 1975. How can you stop it?”

There was a geopolitical engine driving the conflict in 1975, and there is another one now.

Then, the right-wing Christian factions (which later morphed into the LF) were set on destroying the power of the Palestine Liberation Organisation (PLO) and the state within a state it had established.

They were unable to do so on their own, so they drew in first Syria (1976) and then Israel to help, culminating in the 1982 Israeli invasion which drove out Yasser Arafat and the PLO.

Now the LF are facing another state within the state, this time run by Hezbollah. It was the only faction allowed to retain arms after the Taif peace agreement of 1989 which brought a halt to the civil war, because of its role as a “defender of Lebanon against Israel”.

Since then it has built up a formidable and secretive military capability, reckoned to be much stronger than the Lebanese army, as well as a big network of social services, hospitals and other structures.

The difference with the PLO is that Hezbollah is Lebanese. But its affiliation with Iran – it is widely seen as an Iranian proxy – lends a strong geopolitical dimension to any potential conflict.

“The Iranians and Americans are fighting one another in Lebanon, and in Iraq, and in Yemen,” said a political source. “You have to see the big picture.”

While Hezbollah is deeply engaged with Iran, there is a widely-held if undocumented belief that the LF leader Samir Geagea is receiving substantial funding from Iran’s regional rival, Saudi Arabia.

One factor arguing against a major flare-up is the obvious imbalance of power, underlined by Hassan Nasrallah’s unneeded reminder to Samir Geagea that he could marshal 100,000 fighters.

Everybody knows that Hezbollah could fight its way into every corner of the country in a matter of days.

But that would be to embroil the movement in a running domestic war without end, one that would see it facing not only Samir Geagea’s LF, but also the Sunnis and perhaps the Druze.

That alliance is already under strain because of Hezbollah’s opposition to the investigation of the port explosion of August 2020, the victims of which were mainly Christian.

The Ain al-Remmaneh clashes have already had the effect of enhancing Samir Geagea’s standing in the Christian community, according to many Christian sources, and even among some Sunnis.

But by aggravating sectarian tensions and reinforcing mental and physical boundaries, they were also seen as serving the leaderships on both sides, rallying the faithful in the run-up to early parliamentary elections set for 27 March.

Lebanon’s economic collapse, heavily blamed on the greed and corruption of the political class, had brought leaders into public disrepute across the board, with Hezbollah no exception.

“There is no solution in Lebanon involving elimination of Hezbollah except by a full war, which the Lebanese cannot undertake,” said a Christian veteran of the civil war.

“Hezbollah is there and we have to live with it. The best bet is to fully empower the Lebanese Army, and strengthen opposition to Hezbollah in parliament. They have to adapt to a political compromise.”

That is a tall order. In the meantime, the best the Lebanese can hope for is that the predicted future incidents will be contained, and living conditions perhaps slightly improved by the fragile new government.

The worst does not bear thinking about.

Jim Muir moved to Lebanon in January 1975 and covered the civil war there from the beginning, much of the time as a BBC Middle East correspondent.