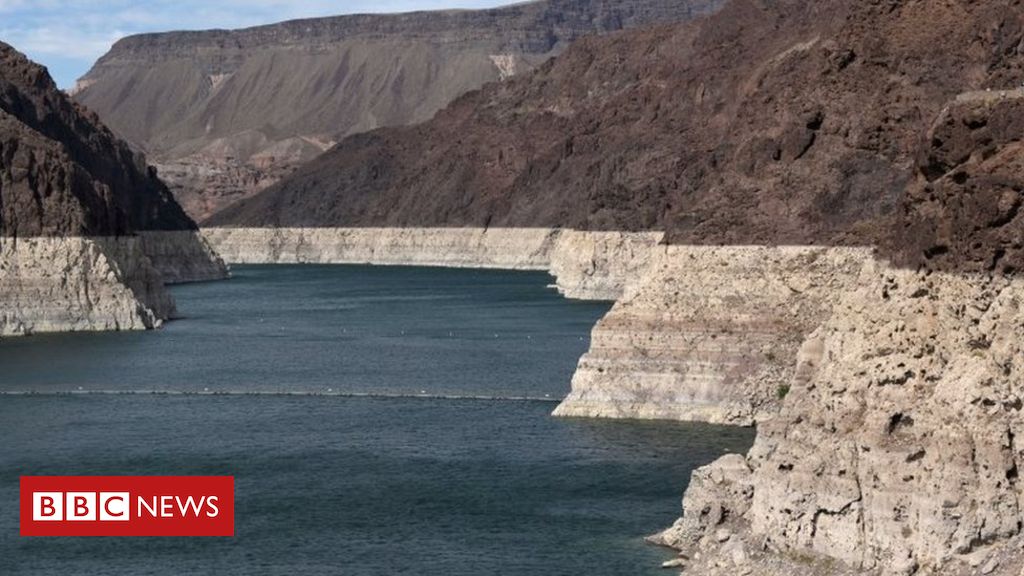 The largest reservoir in the US has dipped to its lowest ever level, officials say, as an extreme drought continues in the region.

It has sunk about 140ft since 2000 – which is almost the height of New York City’s Statue of Liberty.

The reservoir is a major water supply source for more than 20 million people.

Among them are residents of such big cities as Los Angeles and Las Vegas.

“People are certainly concerned,” Patti Aaron, a spokeswoman for the US Bureau of Reclamation, told the Associated Press.

“We’re expecting the reservoir to keep declining until November, then it should start to rebound,” she said.

Lake Mead was created by the Hoover Dam in the 1930s.

Thousands of people were involved in the massive engineering project during the Great Depression, with more than 100 of them losing their lives.

Levels have been declining since 2000. Droughts have been getting worse in recent years, with scientists saying climate change is exacerbating the situation.

The drought has for weeks been gripping several states in America’s south-west, devastating farming in the region.

Amid the drought, Las Vegas is banning “non-functional turf” from the city – grass, for example, found outside businesses or between stretches of road.

The governor of Utah, Spencer Cox, has urged everyone in the state to pray for rain.