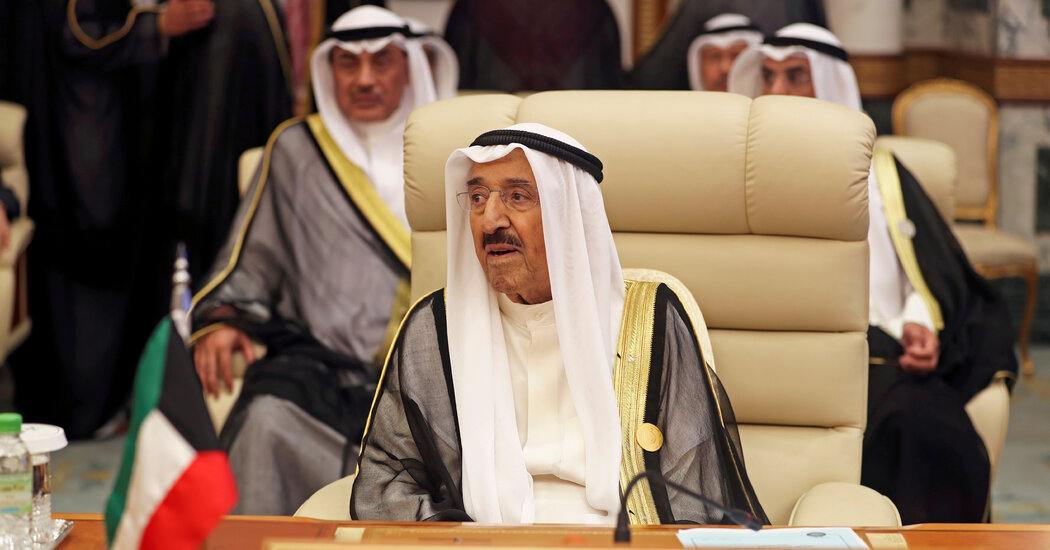 DUBAI, United Arab Emirates — The 91-year-old emir of Kuwait underwent a “successful” surgery on Sunday that required the crown prince of the oil-rich nation to be temporarily empowered to serve in his place, its state-run news agency reported.

Kuwait has yet to explain why the emir, Sheikh Sabah al-Ahmad al-Sabah, needed to seek a previously unannounced medical treatment beginning Saturday. However, Sheikh Sabah’s sudden surgery could renew a power struggle within Kuwait’s ruling family.

The state-run KUNA news agency had described Sheikh Sabah’s hospitalization on Saturday as “medical checks,” citing a statement from the country’s royal court. Several hours later, KUNA published a second report saying that the 83-year-old crown prince, Nawaf Al al-Ahmad al-Sabah, had assumed some of Sheikh Sabah’s powers temporarily, without explaining why that was necessary.

But a copy of the ministerial decree posted by Kuwait’s official gazette, Kuwait Al-Youm, and seen by The Associated Press on Sunday said the crown prince would be empowered for “the duration of a surgical procedure until the health event is over.”

The decree did not elaborate. Kuwait’s Information Ministry did not immediately respond to a request for comment, though minutes later the state-run KUNA news agency reported Sheikh Sabah underwent a “successful” surgery, without elaborating.

“May God bless his highness and grant him a speedy recovery,” the KUNA report said, citing a royal court statement.

Sheikh Sabah, a widely beloved ruler, took power in 2006 just nine days into the rule of the ailing Sheikh Saad al-Abdullah al-Sabah. Concerns mounted during Sheikh Saad’s brief reign as he was seen in public only in a wheelchair and did not speak.

However, Sheikh Sabah’s ascension upset an informal power-sharing arrangement between branches of Kuwait’s ruling family. The country has since remained politically stable with the most-empowered parliament of any Gulf Arab nation, but there have been internal power struggles behind the scenes of his rule.

Kuwait, a nation of 4.1 million people, has the world’s sixth-largest known oil reserves.

It has been a staunch U.S. ally since the 1991 Gulf War expelled the occupying Iraqi forces of Saddam Hussein. Today, Kuwait hosts some 13,500 American troops, many at Camp Arifjan south of Kuwait City, which is also home to the forward command of U.S. Army Central.