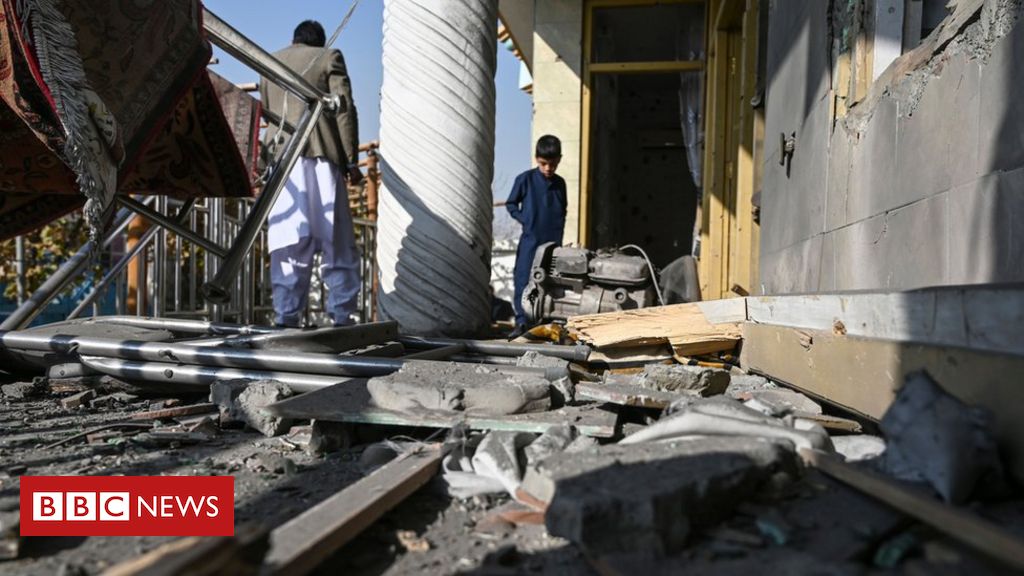 A barrage of rockets has hit residential areas of Kabul, killing at least eight people and wounding more than 30, Afghan officials say.

More than a dozen rockets were fired from a pickup truck inside the city, the interior ministry said.

The regional Islamic State group said it was behind it.

The attack happened hours before a meeting between US Secretary of State Mike Pompeo and Taliban negotiators in an effort to resume peace talks.

Earlier this week, the outgoing Trump administration announced plans to withdraw 2,000 troops from Afghanistan by mid-January. The decision was criticised amid concerns the sharp, fast reduction of troops would weaken the Afghan government’s ability to deal with a resurgent Taliban and other militants.

Many analysts fear the Afghan army is not strong enough to fight on its own if violence continues after foreign troops have left.

The rockets hit areas of central and north Kabul – including near the heavily fortified area that houses embassies and international companies – just before 09:00 (04:30 GMT) on Saturday.

Several buildings and vehicles were damaged. The Iranian embassy in Kabul said its compound was hit by rocket fragments but that no-one had been wounded.

Video posted on social media showed schoolgirls running in panic as explosions rang out behind them. An eyewitness, Abdul Qadir, said: “I was having breakfast when the rockets landed, one of the rockets hit a vehicle belonging to a bakery.”

The regional IS operates in the country and has been behind recent attacks in Kabul, including two assaults on educations institutions that killed nearly 50 people in recent weeks. In a statement earlier, the Taliban had denied involvement saying they “do not blindly fire on public places”.

In the Qatari capital Doha, Mr Pompeo met representatives from the Taliban and the Afghan government, amid suggestions the US and the militant group were close to breaking a deadlock in peace negotiations.

“If a complete, comprehensive ceasefire is not possible, moving towards a humanitarian ceasefire, or a significant reduction in violence so the people can see and feel like there is a change” could be options, he said during a visit to Turkey on Saturday.

Mr Abdullah also said the Trump administration’s announcement to reduce the number of American troops in the country from 4,500 to 2,500 by early next year had come too soon. He said the move would have “some impact”, adding: “Of course we would have preferred it differently.”

The US started withdrawing troops from Afghanistan as part of an agreement signed by the US and the Taliban in February this year. But violence in the country has increased recently as the group stepped up its offensives amid stalled negotiations with the Afghan government.