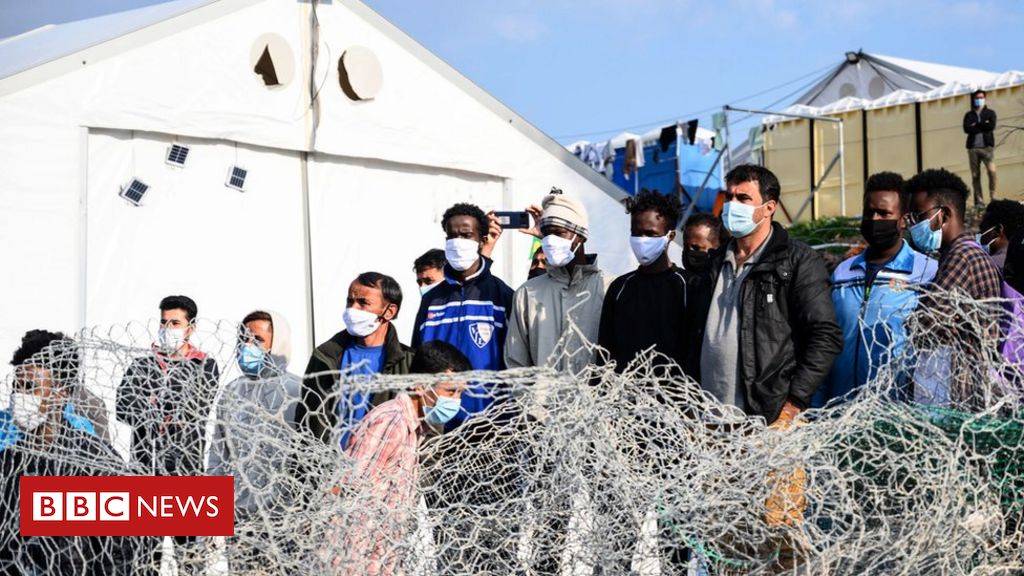 President Joe Biden has lifted the US annual refugee cap, bowing to backlash from his party after he initially opted to stick by the Trump-era figure.

The Democratic president is raising the cap from 15,000 to 62,500 after outrage from progressives and refugee agencies.

Reports said the president was concerned about letting in more people amid a record influx at the US-Mexico border.

He also said his administration intended to raise the number of refugees admitted next year to 125,000.

But he acknowledged the “sad truth” that the US would not achieve either target this year or next, arguing that his administration had to “undo the damage” of the previous one.

The lower ceiling “did not reflect America’s values as a nation that welcomes and supports refugees”, Mr Biden said.

About 2,000 refugees were let into the US between October and March, according to the Refugee Processing Center.

The Biden administration has been accused of seeking to deflect blame on to the Trump administration for having, as the White House says, “dismantled” the immigration system down at the US-Mexico border.

Mr Trump did gradually slash the refugee cap through his tenure, bringing the number down from 110,000 in President Barack Obama’s last year in office to the record low of 15,000.

But World Relief, a humanitarian organisation, last month said White House claims that the US refugee resettlement programme needed to be rebuilt after the Trump years were “a completely false narrative” and “a purely political calculation”.

Why did he revise the figure?

Mr Biden had vowed during his election campaign to hike the US cap on refugees. But in April he stunned many supporters with an emergency declaration that the admission of up to 15,000 refugees was “justified by humanitarian concerns and is otherwise in the national interest”.

The president instead lifted restrictions on resettlements from Somalia, Syria and Yemen and provided more slots to arrivals from Africa, the Middle East and Central America.

But as Mr Biden faced swift blowback from refugee groups and members of his own party, the White House said just hours later that he would revise the figure in May.

A White House official told Reuters news agency on Monday that the president had chosen to raise the ceiling in order to “send a very clear message that refugee processing is a critical part of America’s place in the world”, adding that the initial cap “did not send the right message”.

The decision has been applauded by refugee groups, including the International Rescue Committee.

“President Biden’s decision is good for America and good for refugees,” said its chief executive, David Miliband, a former British foreign secretary. “We welcome the bold steps to build back refugee protection after four years of deeply damaging policy.”

What has this got to do with the US-Mexico border?

The country’s refugee programme is distinct from the asylum system. Refugee status applies to those who seek protection while still overseas, while asylum seekers do so from a port of entry or from inside the US.

But the White House is known to be concerned about the optics of a record number of undocumented immigrants arriving at the southern border, with the influx expected to rise as the weather warms.

Figures for unaccompanied children in particular have soared, straining shelters and available resources. Recent photos from inside a migrant border facility showed children crammed together without social distancing.

Last week, Democratic Senator Mark Kelly, from the border state of Arizona, expressed frustration with Mr Biden’s handling of the “crisis” – a label that the White House has so far resisted.

On Monday a survey from the Pew Research Center found a majority of American adults were critical of the US government’s handling of the border situation.

About two-thirds of US adults said the Biden administration was doing a very bad or somewhat bad job of dealing with the increased number of people seeking asylum. This included more than half – 56% – of Democrats polled.