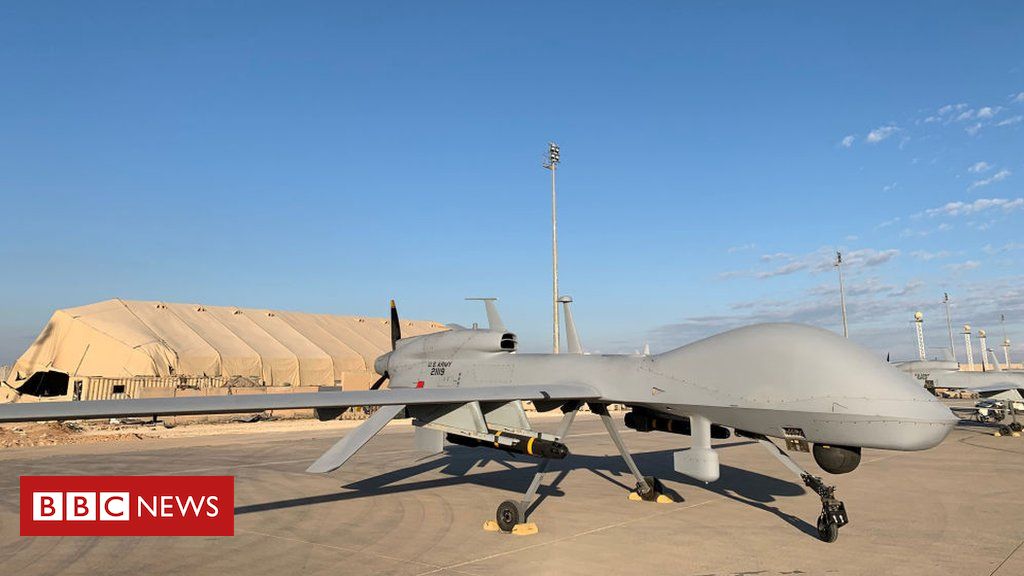 Ten rockets have hit a base hosting US-led coalition forces in western Iraq.

Last month, a rocket attack in northern Iraq killed a Filipino contractor and injured a US service member.

The US blamed Iran-backed Shia militias and carried out retaliatory air strikes on one of their facilities in Syria.

President Joe Biden said those strikes – the first known use of military force by his administration – were meant as a warning to Iran and its proxies.

But Iraq’s paramilitary Popular Mobilisation force, which is dominated by Shia militias, said the US action pointed to “dangerous future developments”.

Pope Francis said his planned visit to Iraq on Friday would go ahead despite the latest violence.

US troops are stationed at Al Asad air base, in western Anbar province, as part of a multinational coalition helping Iraqi security forces combat remnants of the jihadist group Islamic State (IS).

Iraqi security sources said the projectiles were launched from a platform in the al-Baghdadi area, about 8km (5 miles) to the north-east. AFP news agency cited a Western security source as identifying them as Iranian-made 122mm Arash artillery rockets.

Col Marotto did not report any casualties, but Iraqi and Western sources told AFP that a civilian contractor died of a heart attack during the incident.

Denmark and the UK, which also have forces at the base, both condemned the attack.

No group has said it fired the rockets, but Shia militias who want US and other foreign forces to leave the country have been accused of carrying out dozens of similar attacks on Western targets in Iraq in the past year.

A little-known group calling itself as Saraya Awliyaa al-Dam (Guardians of the Blood Brigades) claimed carried out the attack at Irbil International Airport last month which killed the Filipino contractor and wounded six other people, including a Louisiana National Guard soldier and four American contractors.

US officials said the group was merely a front for one of the main Shia militias, and the retaliatory strikes on the Syrian side of the border with Iraq targeted buildings believed to belong to several of them, including Kataib Hezbollah and Kataib Sayyid al-Shuhada.

The Pope has insisted he will not postpone his historic trip to Iraq despite his predecessor Benedict XVI and others warning of the risks posed by militant groups and a second wave of the country’s Covid-19 epidemic.

“The people cannot be let down for a second time,” the 84-year-old said in an address on Wednesday, referring to a cancelled visit by John Paul II in 2000.