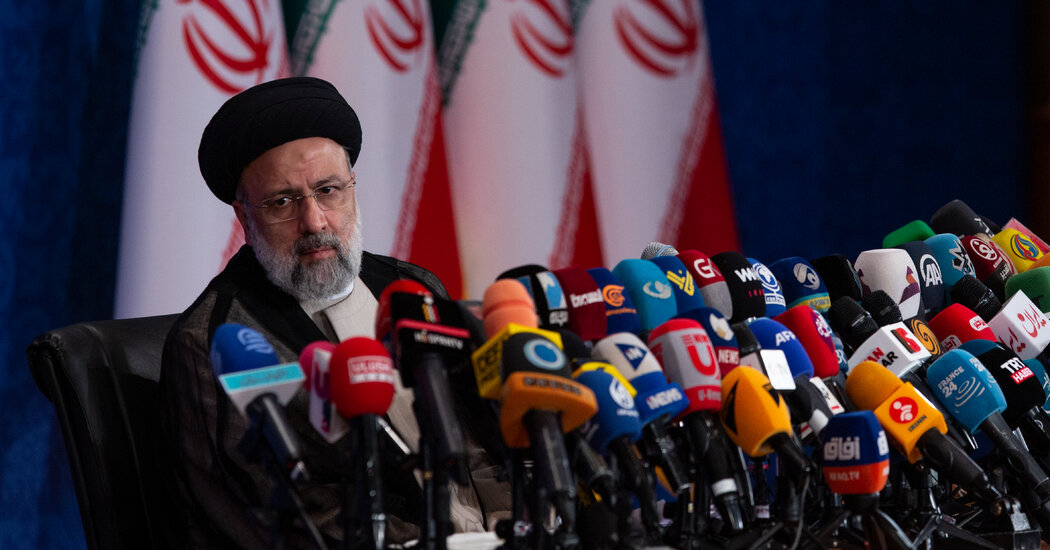 WASHINGTON — Iran has come within roughly a month of having enough material to fuel a single nuclear weapon, crossing a threshold that may raise pressure on the United States and its allies to improve the terms of a potential deal to restore the 2015 nuclear agreement.

Experts studying new data contained in reports last week by the International Atomic Energy Agency, the United Nations’ atomic inspection group, say that by enriching nuclear fuel in recent months to near bomb-grade levels, Tehran has gained the capability to produce the fuel needed for a single nuclear warhead within a month or so, under the most extreme timeline. Federal officials who have seen classified estimates are prevented from discussing official assessments but conceded in background conversations that they believed it would take Iran only a few months.

Manufacturing an actual warhead — one that could fit atop an Iranian missile and survive the fiery re-entry into the atmosphere, a technology the Iranians were actively studying 20 years ago — would take considerably longer. Iran continues to insist it has no desire for a nuclear arsenal.

Nonetheless, Iran has not been this close to a weapon capability since before President Obama agreed to the 2015 nuclear accord. That agreement forced the Iranians to ship more than 97 percent of their fuel out of the country, and the United States said it would take at least a year for Iran to succeed at “breakout,” the term nuclear experts use to define a race to build a bomb’s worth of atomic fuel.

Now, more than three years after President Donald J. Trump withdrew from the treaty, a slow and steady Iranian effort to restore the country’s capabilities appears to have succeeded.

A report issued on Monday by the Institute for Science and International Security, a private group that specializes in analyzing the findings of the United Nations agency, concludes that a race over the summer to enrich uranium at 60 percent purity — just below bomb grade — has put Iran in a position to produce the fuel for a single bomb in “as short as one month.” A second weapon’s worth of fuel, it says, could be produced in less than three months, and a third in less than five.

But a lead author of the report, David Albright, cautioned on Friday that Iran’s actions signaled an effort by the new government of President Ebrahim Raisi to seek new terms, more favorable to Iran, in negotiations over restoring the 2015 deal that Mr. Trump rejected. There have been no formal negotiations since June, a month before Mr. Raisi, a conservative Iranian jurist, won the presidential election. American officials say they have been expecting that he will seek to start the negotiations anew, demanding far more sanctions relief for Iran.

“We have to be careful,” Mr. Albright, the institute’s head, said Friday at a news conference, “not to let them scare us.”

Biden administration officials have not commented on the atomic agency’s reports, which was distributed on a confidential basis to member nations but has been widely circulated in recent days. On Friday, asked about Iran during a trip to Germany, Secretary of State Antony J. Blinken acknowledged that Iran’s progress had been so rapid that restoring the old deal might soon make no sense.

“I’m not going to put a date on it,” he told reporters, “but we are getting closer to the point at which a strict return to compliance” with the old deal “does not reproduce the benefits that agreement achieved.”

He said that “as time goes on and as Iran continues to make advances in its nuclear program, including spinning more sophisticated centrifuges, enriching more material, learning more, there is a point at which it would be very difficult to regain all of the benefits” of the restrictions Iran agreed to six years ago. “We’re not at that point yet, but it’s getting closer,” he added.

The next few weeks are regarded as critical. The opening of the United Nations General Assembly is traditionally a moment for back-room diplomacy, especially on Iran, and officials of the new Iranian government, including the new foreign minister, Hossein Amir Abdollahian, are expected to make debut appearances. Considered a hard-liner, the 56-year-old Mr. Amir Abdollahian has indicated a willingness to renew the agreement — but on terms that the new government can say are vastly improved.

Outside experts say that both Iran and North Korea, which fired a new cruise missile on Sunday that demonstrated an ability to avoid missile defenses, see this as a moment to test the Biden administration.

“There’s an eerie similarity between what we’re seeing in Iran with enrichment and in North Korea with the cruise missile test,” said Rose Gottemoeller, a former arms control official in several administrations who now works at Stanford University. “They’re both trying to set the negotiating table in their favor as the Biden administration finally turns to them.”

On Sunday, Iranian officials reached a temporary agreement with the director-general of the International Atomic Energy Agency, Rafael M. Grossi, to let the agency reset monitoring devices that help measure the progress of the country’s nuclear program. In recent months, agency inspectors have been blinded in their efforts to monitor some facilities, a growing source of concern to American officials, who fear that nuclear material could be diverted.

The accord heads off an immediate inspection crisis, assuming the inspectors are allowed to gain access to their cameras and other equipment and get them operating again. But it does not address the country’s drive to restore its uranium production — and to enrich at levels far higher, and thus far closer to bomb-grade material, than it did before 2015.

That accord sharply limited the overall amount of uranium the Iranians could stockpile; while Tehran respected the accord for the first year or so after Mr. Trump withdrew, eventually it said that if Washington would not abide by the agreement, it would not, either.

The agreement limited the country to fuel enriched to 3.7 percent purity, a level that can be used in nuclear power plants but not for a weapon. At first, the Iranians pushed some production to 20 percent, saying they needed fuel enriched to that level to supply a research reactor provided to Iran by the United States before the 1979 Iranian revolution, for producing medical isotopes.

But then Iran went further. In April, it started enriching its uranium stockpile to 60 percent after its main nuclear site was sabotaged — almost certainly by Israel — in an attack that was believed to destroy some of its whirling centrifuges, which spin at supersonic speeds to enrich uranium. Another attack several months later took out parts of a centrifuge manufacturing plant.

Because of the physics of nuclear enrichment, it takes far longer to get from low-enriched uranium to 60 percent purity than it does to make the last leap to 90 percent, the level ordinarily used in nuclear weapons. That makes the 60 percent level particularly threatening.

Iran’s supply of 60 percent enriched uranium is not yet sufficient for a weapon. But it has spent the summer installing newer, high-performance centrifuges that could quickly bolster its stockpile.

Even then, keeping a large quantity of highly enriched uranium on hand is not sufficient to produce a bomb, nuclear experts agree.

The fuel must be converted to metal — a step the Iranians are also experimenting with, the international atomic agency reports — and then into a full warhead. Those steps would take additional months and perhaps years, depending on technical skill.